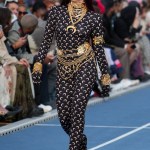 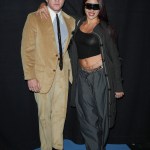 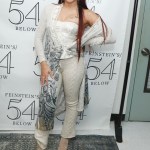 Bio:
Lourdes Leon (born Lourdes Maria Ciccione Leon on October 14, 1996 in Los Angeles, California) is an American fashionista, author and singer. Lourdes is best known as being the Madonna’s first child. The daughter of the pop music icon and Carlos Leon, Madonna’s then personal trainer, Lourdes remained close with her father after he and Madonna split in May 1997. Lourdes moved to London in Nov 1998, after he mother became involved with director Guy Richie. While growing up in London, Lourdes studied French along with the rest of her studies. Though often kept from the spotlight, Lourdes made appearances alongside her mother. In 2003, she would join Madonna at public readings of the children’s story they wrote together, The English Roses. In 2010, Lourdes and her mother released the Material Girl clothing line. She appeared in Madonna’s 2003 MTV awards performance, and in two music videos for the release of her mother’s best-of double album, Celebration. She also contributed background vocals to a song on the album, MDNA.

Best Known For:
Lourdes is best known as being the daughter of Madonna.

Personal Life:
Lourdes has a half-brother with Rocco Ritchie, and she is step-sister to David Vanda Ritchie and Mercy James. Lourdes was reportedly romantically linked to Homeland star Timothee Chalamet.

Travis Barker Hospitalized With Pancreatitis After Having Colonoscopy

Lourdes Leon posed in her eye-catching outfit, which included the bustier top under a long cardigan and matching pants, as she stopped on the red carpet of the New York City show.

Lourdes Leon took to Instagram to share new pics and video of her confidently working as a gorgeous model for a new Calvin Klein campaign that allowed her to flaunt her natural beauty.

Lourdes Leon showed off her gorgeous figure in a two-piece sparkly outfit that she accessorized with earrings and a belly ring.

Lourdes Leon looked so glamorous at the Vanity Fair Oscar Party in a silver gown with a sexy thigh-high slit.

Lourdes Leon is stylish in SKIMS while stepping out in Miami, showing off her stellar figure in a slim-fitting, sky blue bodysuit.

Just like mom! The model daughter of Madonna turned up the heat wearing a slinky backless look for her Instagram fans.

In a sultry new video for Rihanna’s lingerie brand, Lourdes set temperatures soaring as she seductively posed in a barely-there ensemble!