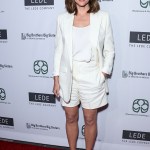 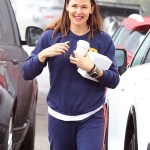 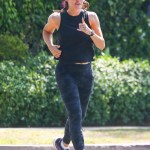 Bio:
Jennifer Garner (born Jennifer Anne Garner in Houston, Texas on April 17, 1972) is an actress and film producer. Throughout her conservative upbringing, Jennifer danced ballet and went to church every Sunday. She received a degree in Fine Arts from Denison University. After a series of small parts in movies such as Dude Where’s My Car and Pearl Harbor, Jennifer caught the public eye in 2001 on J.J. Abrams‘ ABC show Alias. Jennifer had worked with J.J. on his show, Felicity, and throughout the five years Alias ran, she was nominated for four consecutive Golden Globes for Best Actress in a Television Series-Drama. She won the award in 2002. She was also nominated for multiple Emmy awards and won the Screen Actors Guild Award in 2005 for Outstanding Performance by a Female Actor in a Drama Series. In addition to her television work, Jennifer had roles in Catch Me if You Can, The Kingdom, Ghosts of Girlfriends Past and the indie hit, Juno. One of her biggest film roles was opposite Ben Affleck in the 2003 superhero movie, Daredevil. She stole the screen as the lead in 13 Going on 30 in 2004. Jennifer also starred in the critically acclaimed movie, Dallas Buyers Club, as well as Draft Day and Men, Women & Children.

Personal Life:
Jennifer topped the Maxim’s Hot 100 List in 2002. Jennifer married Scott Foley in 2000, who she met on the set of Felicity. They divorced in 2004. She dated Michael Vartan for a short while afterward, before connecting with her Daredevil co-star, Ben Affleck in late 2004. He proposed to her on her 33rd birthday and they were married in June 2005. At the time, Jennifer was 3 months pregnant with their daughter Violet. In addition to her, Jennifer has a daughter Seraphina and a son, Samuel. After much rumors and speculation, Jennifer and Ben announced their divorce on June 30, 2015 — the day after their 10th anniversary.

Jennifer Garner has been spotted taking her son to a beach party with his friends, amid her ex Ben Affleck’s reignited romance with Jennifer Lopez.

Jennifer Garner shared a ‘flashback Friday’ video of herself showing off her roller skating skills while bending down and stretching one leg out in front of her.

Jennifer Garner was spotted giving her parents a tour of her Brentwood home, just as her ex, Ben Affleck, and Jennifer Lopez were spending time in Miami.

Jennifer Garner has stepped out in a grey sweater and black jeans on a solo outing after her Mother’s Day tribute from ex Ben Affleck.

Ben Affleck and Jennifer Garner share kids Violet, 15, Seraphina, 12, and Samuel, 9, together. The actor paid tribute to his ex, thanking her for ‘all’ that she ‘does.’

Violet Affleck towered over her mom Jennifer Garner when she joined her for an afternoon workout session one day before Mother’s Day.