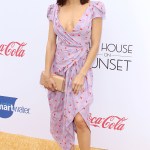 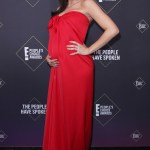 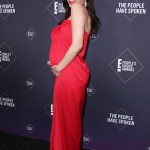 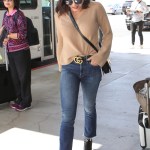 Spring sometimes come early… at least in terms of celebrity fashion. Everyone from Jennifer Lopez to Taylor Swift have worn stylish pastel dresses in the winter and we’re taking a look at some of our favorites right here.

Jenna Dewan is looking tight and fit in a new bikini photo she shared to Instagram on October 7! The actress addressed the many inquiries about her ‘postpartum diet and exercise plan,’ and revealed her fitness secret!

Jenna Dewan debuted her post-baby bikini body just shy of three months after becoming a mother of two! The ‘Flirty Dancing’ host was enjoying a day at the pool with her 6-year-old daughter, Everly.

Hot mama alert! Jenna Dewan gave birth literally weeks ago, and she’s back and better than ever on TikTok. The dance pro is moving like a boss again, and has the abs to match.

Good news alert! Amid the craziness of this week, Jenna Dewan’s fiance Steve Kazee has brightened up our feeds with the first pic showing their baby son’s face.

Jenna Dewan just gave birth 12 days ago and already she’s got her slim post baby body as if she was never even pregnant. She shared her miraculous snap back in a mirror selfie.

He’s here! Jenna Dewan and Steve Kazee are now the proud parents of a darling baby boy, whom they welcomed into the world on March 6. Meet Callum Michael Rebel Kazee!