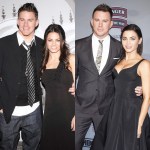 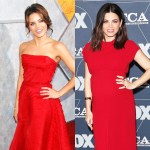 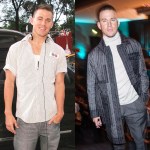 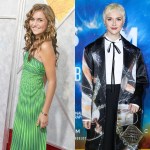 On this day in 2006, audiences hit the dance floor with the movie ‘Step Up.’ See photos of original stars like Channing Tatum, Jenna Dewan, and more from the mid-2000s movie and where they are today!

It’s been 14 years since audiences dropped the mop and hit the dance floor with Step Up. The film came out on this day, August 11, in 2006 and generated an entire franchise that still persists to this day. It also launched the careers of a number of high-profile stars. Let’s take a look back at the cast when the film came out and where they are today!

After appearing in a number of small, supporting roles in film and TV, Channing Tatum shot to stardom in 2006. The actor played Tyler Gage in Step Up, where he showed off his dramatic acting chops as well as his superb dance moves. Audiences were completely drawn to Channing when he first appeared on screen, and has continued to dazzle in various projects.

Channing has seriously grown his filmography to become one of the most impressive actors working today. Since starring in Step Up, Channing has shown off his dance moves in films like Hail, Caesar! and Magic Mike. The actor has also earned some laughs in comedies like 21 Jump Street and flexed his dramatic muscles in The Hateful Eight and Foxcatcher.

While working on the film, Channing met and fell completely in love with his co-star, Jenna Dewan. The two had intoxicating chemistry on screen, which definitely contributed to their romance behind the scenes. Jenna played Nora Clark in the film, who acquires the help of Channing’s character, Tyler, to add some hip-hop moves into her classical routine. Jenna and Channing were married from 2009-2018, and share one daughter together — Everly Tatum, 7.

Following their split, Jenna went on to date Steve Kazee, getting engaged in February 2020. By March of that year, the couple welcomed their first child together, a son named Callum Michael Rebel! So much has changed in the lives of these stars. To learn more and see their transformations, check out the gallery above!