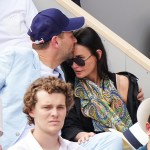 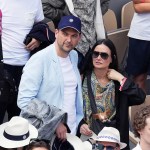 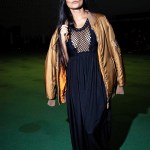 Bio:
Demi Moore (born Demi Guynes Harmon in Roswell, New Mexico on November 11, 1962) is an American actress, who got her big break when she posed nude for Oui magazine in 1980. She went on to star in films like Blame It on Rio, St. Elmo’s Fire, About Last Night, and of course the one that solidified her career: Ghost. Demi ended up getting a Golden Globe nomination for that role. In 1996, she was the highest-paid actress. She ended up marrying Freddy Moore, Bruce Willis, and most recently, Ashton Kutcher. She has three daughters.

Best Known For:
Demi is best known for being an actress and starring in movies like Ghost, GI Jane and A Few Good Men.

Personal Life:
Demi married musician Freddy Moore in 1980 and they were divorced in 1985. Before marrying Bruce Willis in 1987, she was briefly engaged to Emilio Estevez, but they called off their engagement. Bruce and Demi have three daughters together: Rumer, Scout and Tallulah. They divorced in 2000, and Demi married Ashton Kutcher in 2005. The couple separated in 2011, and their divorce was finalized in Nov. 2013. Demi started dating Sean Friday, drummer for Dead Sara, in July of 2013.

Alongside a photo with her daughters at a pregnancy appointment for Rumer, Demi Moore said it’s ‘an honor to witness’ her eldest become a mom.

Here is everything you need to about Demi Moore’s three adult daughters that she shares with her ex-husband Bruce Willis, including Rumer, who just announced her first pregnancy!

The former couple reunited for an extended family Christmas photo with their daughters and the ‘Die Hard’ star’s wife Emma, and their kids.

Bruce Willis and his ex-wife Demi Moore posed alongside their youngest daughter together in this adorable new social media post!

From ex-husbands Bruce Willis and Ashton Kutcher, to her recent split with boyfriend Daniel Humm, we’re taking a look at the men Demi Moore has dated and been married to over the course of her career!

Demi Moore sat in a private plane as she wore two birthday hats and shared a laugh, in her daughter Tallulah Willis’ social media photos.