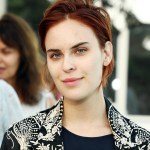 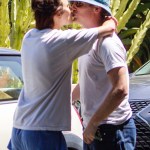 Bruce Willis has starred in countless cult classic films, including Die Hard and Pulp Fiction. He has also proved his comedic prowess in TV shows like Friends and That ’70s Show, among others. While he may be one of Hollywood’s most recognizable actors, another gig of his is worthy of attention: dad. The veteran actor is a father to five daughters: Rumer, 33, Tallulah, 27, Scout, 30, Mabel Ray, 9, and Evelyn Penn, 7.

The actor shares his adult children with former wife Demi Moore, whom he was previously married to between 1987 and 2000, and his two youngest daughters with his current wife Emma Heming Willis. The two wed in 2009. The blended family has a tight knit bond, even quarantining together during the start of the ongoing COVID-19 pandemic. On Father’s Day last year, too, Demi shared a snapshot of both their families on Instagram and wrote, “Happy Father’s Day, Bruce! Your kids are so lucky to have you.”

Below is everything to know about the actor’s five daughters.

At 33, Rumer is Bruce and Demi’s oldest daughter and firstborn. Rumer followed in her famous parents’ footsteps and forayed into the world of acting. And her résumé is pretty notable: Rumer has starred in films Once Upon a Time… in Hollywood, Now and Then, House Bunny, Sorority Row, and Striptease (alongside her mom). Like her father, she has appeared on Broadway: Rumer made her theatrical debut as Roxie Hart in Chicago in 2015. The actress has also dabbled in modeling, having posed for campaigns for fashion designers Mark Badgley and James Mischka. Most recently in July, Rumer starred alongside her mom Demi and sisters Tallulah and Scout for Andie Swim’s campaign of stylish swimsuits.

At 27, Tallulah is the youngest daughter of Bruce and Demi. She is a mental health advocate and fashion designer, having launched her debut clothing brand Wyllis last year, which advocates for “connection, advocacy, and inclusion.” She also starred in a few films when she was younger, all of which featured her mom and/or dad in the title role, including The Scarlet Letter, The Whole Nine Yards, Bandits, and The Whole Ten Yards. Tallulah will soon be walking down the aisle, as she just got engaged to her filmmaker partner Dillon Buss in May after over a year of dating. She documented the proposal on Instagram and captioned the post, “with absolute most certainty.”

At 30, Scout is Bruce and Demi’s middle child. Like her sisters, she has starred in a few films alongside her famous parents, including The Scarlet Letter, Bandits, and Breakfast of Champions. She has also dabbled in the music industry. She previously served as one half of the musical group Gus + Scout with musician Gus Wenner. They released an EP in 2012, titled Gus + Scout, consisting of five country rock folk ballads. Along with performing with Gus, Scout has also performed on her own at venues in the past, including the Bootleg Theater in Los Angeles. Like sister Tallulah, Scout briefly forayed into fashion in 2016, launching a clothing line called Scout’s General.

At 9, Mabel Ray is the eldest daughter and firstborn of Bruce and his current wife Emma. Her mom regularly shares sweet snapshots of her with her sister Evelyn, who can be seen holding up two American flags in Emma’s July 4 post this year (above). Judging from her mom’s Instagram page, Mabel Ray is a fan of snuggling her younger sister Evelyn Penn, gazing through telescopes with her famous dad, and bonding with her older step-siblings. Emma recently shared a snapshot of her two girls with their arms around Rumer, Tallulah, and Scout and captioned, “Sisterhood is such a beautiful thing.”

At 7, Evelyn Penn is Bruce’s youngest daughter and second child with Emma. Like her sister, she has a close bond with her step-siblings. A scroll through her mom’s Instagram post reveals that Evelyn is interested in sewing, ice skating, and enjoying the great outdoors with her family. For Father’s Day this year, Emma shared a sweet snapshot of Evelyn and sister Mabel piling onto their dad on Instagram and gushed about her “girl dad” husband. “Bruce’s response when asked if he’d like to have a son? ‘I’d have 5 more girls right now.’ Happy Father’s Day to this proud #girldad.”