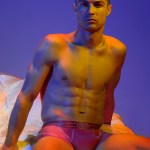 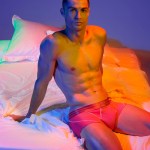 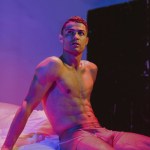 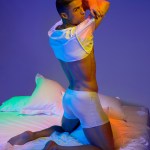 Bio:
Cristiano Ronaldo (born Cristiano Ronaldo dos Santos Aveiro on February 5, 1985) is a Portuguese soccer player. He is a forward for Spanish La Liga club Real Madrid and serves as a captain of the Portuguese national team. He became the most expensive soccer player in history after he moved from Manchester United to Real Madrid. His transfer was worth $131.6 million. He was the first player to win all four main PFA and FWA awards, which he accomplished in 2007. He was awarded the European Golden Shoe in 2008 and 2011. In 2008 he won three of the four main PFA and FWA trophies and was named the FIF Pro Player of the Year, World Soccer Player of the Year, Onze d’Or and the FIFA World Player of the Year. In 2008, Ronaldo also won the Ballon d’Or. He placed second in Ballon d’Or in 2007, 2009, 2011 and 2012. In 2009, he was the inaugural winner of the FIFA Puskas Award. He holds records for most goals scored in Europe’s top five leagues at a whopping 395, and was named the best Portuguese player of all time in 2015. He is also the first player to score against every team in a single season in La Liga. Cristiano has also modeled, stripping down in a campaign for Armani underwear as well as being the face of Jacob & Co.

Personal Life:
Cristiano Ronaldo has dated models Alice Goodwin, Gemma Atkinson and Irina Shayk. He is a practicing Roman Catholic. On July 3, 2010, Cristiano announced the birth of his son Cristiana Ronaldo Jr., who he has full custody of. Seven years later he made two baby announcements – he was the father of twins via a surrogate, and his girlfriend Georgina Rodriguez gave birth to their first child, Alana Martina. Cristiano’s father, José Dinis Aveiro, died of an alcohol-related liver condition at 52 in September 2005. Cristiano was 20 years old at the time. Due to his loss the soccer player does not drink alcohol.

Cristiano Ronaldo’s go-to look is his tight ponytail. So, the Portugese soccer star caught fans by surprise with his long and luscious curls!

Not Cristiano Ronaldo! The man many consider to be the greatest soccer player of all time is remaining quarantined in his native Portugal after his Juventus teammate Daniele Rugani tested positive.

Cristiano Ronaldo blessed us with new pics from his CR7 underwear collection, and they’re almost too hot to handle! The footballer is wearing next to nothing in the new campaign.

Selena Gomez has been dethroned as the most followed person on Instagram, but she isn’t upset that Cristiano Ronaldo took her place! Here’s why.

Is Cristiano Ronaldo engaged to girlfriend Georgina Rodriguez? See the massive diamond ring she was wearing at the World Cup that has fans speculating about a wedding!