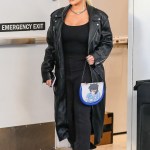 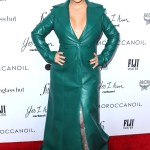 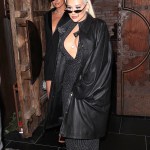 Bio:
Christina Maria Aguilera (born December 18, 1980 in Staten Island, New York) is an American recording artist and actress. Aguilera first appeared on TV in the 90s as a contestant on the Star Search program, and went on to star in The Mickey Mouse Club from 1993-1994. In 1999, she started her singing career with her debut album Christina Aguilera, which had three number one singles on the Billboard Hot 100 – “Genie in a Bottle”, “What a Girl Wants”, and “Come On Over Baby (All I Want is You).” She followed her success with her next two albums Mi Reflejo and My Kind of Christmas released in 2000. After becoming displeased with her last two albums, she took control of her image by releasing her fourth album Stripped in 2002, which garnered a successful single “Beautiful.”

She followed that with a soulful fifth album Back to Basics in 2006, gaining critical acclaim for her three singles “Ain’t No Other Man”, “Hurt”, and “Candyman.” Four years later, she released her next album Bionic in 2010, which incorporated a mix of R&B, electropop, and synthpop. The album had mixed reviews and ended up becoming her lowest selling album.

She made her feature film debut in the film Burlesque (2010), earning a Golden Globe nomination for Best Original Song. She is currently one of the judges/mentors in the NBC singing competition The Voice.

Aguilera’s albums sales are estimated at over 50 million units worldwide, making her one of the best-selling music artists of all time.

Best Known For:
Her tween days as a member of the Mickey Mouse Club led to her pop stardom days, where she went from a cute, blonde singer to the dirty Xtina. She cleaned up her act after a few years, but when her marriage to Jordan Bratmen ended, the singer went a little wild and was even arrested for a DUI. Just as her celebrity began to fade a tiny bit, her time as judge on The Voice propelled her back into the A-List spotlight.

Personal Life:
Christina married Jordan Bratman in 2005 and the pair had one child together, son Max. Sadly, they ended their union in 2011. Christina then started dating production assistant Matthew Rutler.

Christina Aguilera and her fiancé, Matthew Rutler, celebrated the singer’s birthday in Vietnam with an epic helicopter ride, a romantic boat ride, and more.

Christina Aguilera looked fabulous when she wore a plunging cutout bodysuit with silk joggers while celebrating her 42nd birthday.

The Latin Grammy Awards came alive when Christina Aguilera hit the red carpet in a gorgeous ensemble on Nov. 17.

The newly married singer reacted to claims that she insulted Xtina in a revealing and very complimentary new Instagram post!

The ‘Dirrty’ singer put on a jaw-dropping performance in her outrageous outfit featuring thigh-high leather boots and a bedazzled cape.

The ‘Genie In A Bottle’ singer turned up the heat as she shared a slew of sizzling snaps in a string bikini.

Christina Aguilera wowed in her figure-flattering outfit and paired it with thigh-high latex boots, during her showstopping time on stage.