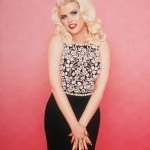 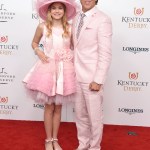 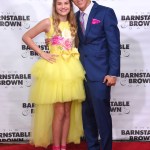 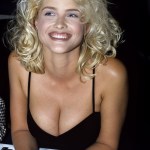 Bio:
Anna Nicole Smith (born Vickie Lynn Hogan on November 28, 1967 in Houston, Texas) was an American model, actress, and television personality. Growing up in Texas, she attended elementary school, but failed her freshman year of high school. In result, she dropped out the following year. In 1992, she began her modeling career and appeared on the March cover of Playboy magazine. After her debut, she secured a contract with Guess Jeans followed by H&M. The model also appeared on the cover of many magazines, such as Marie Claire, Vanity Fair, and Italian Vogue. Although she was more successful in modeling and performing, Anna participated in some films and television shows. In 2002, she was given her own reality show, The Anna Nicole Show, receiving the highest cable rating ever for a reality series.

Best Known For:
Anna Nicole Smith is best-known for being a Playboy model and her troubled, personal life.

Personal Life:
While working at a restaurant in Mexia, Texas, Anna met Billy Wayne Smith and the couple married in 1985. They had a child together, Daniel Smith, however, he later died in 2006. Years later, while performing in Houston, Anna met J. Howard Marshall, a wealthy oil tycoon, and they began an affair. In result, she divorced Billy in 1993. A year later, Anna married Howard — who was then 89-years-old, while the model was only 26. Thirteen months after their marriage, her husband died at the age of 90. Anna lived a troubled life, and was addicted to prescription painkillers. She had borderline personality disorder and was involved in many court cases — one in which she had to file for bankruptcy. In 2006, a positive event occurred in Anna’s life, the announcement of her second pregnancy. There was drama as to who the father was, but eventually the birth certificate showed that Anna’s longtime attorney, Howard K. Stern was the father. They had a secret relationship. On Feb. 8, 2008, Anna was found dead in Hollywood, Florida dying of a drug overdose. However, after Anna’s death it was confirmed that Howard Stern wasn’t the father of her daughter, Dannielynn Birkhead, but another partner, Larry Birkhead, was her biological parent. Anna is survived by her daughter Dannielynn.

Dannielynn Birkhead, 12, attended the 2019 Kentucky Derby with her father Larry Birkhead and paid tribute to her late mother Anna Nicole Smith with her look.

She has grown up so much! Dannielynn and Larry Birkhead attended a Kentucky Derby Gala, and the 12-year-old looked so much like her late mother, Anna Nicole Smith!

Mama would be so proud! Anna Nicole Smith’s daughter Dannielynn Birkhead looked identical to the late model when she showed up at the 2017 Kentucky Derby with her dad Larry Birkhead on March 6. Dannielynn’s adorable look would totally have Anna smiling from ear to ear!

We just passed the 10 year anniversary of Anna Nicole Smith’s death and her former boyfriend Larry Birkhead is still a single man. Their daughter Dannielynn would love to see him start dating again and wants to set him up with Nicki Minaj! We’ve got the details.

With the 10 year anniversary of Anna Nicole Smith’s tragic passing upon us, we’re hearing from her daughter about what life has been like growing up without her mom. Dannielynn Birkhead revealed in a sweet poem that her late mother sends her butterflies to remind her how much she’s loved.

Check out the latest new model for GUESS’ Spring 2013 campaign — doesn’t she look adorable?
This little diva is making a name for herself — and at the tender age of three years old!
53-year-old R&B artist, Babyface, is getting his daughter, Peyton Edmonds, an early start in the entertainment industry. Peyton poses alongside former Guess Inc. model, Anna Nicole Smith’s daughter in the vibrant summer looks. Dannielynn Birkhead, 6, is definitely taking after mom when it comes to fashion.