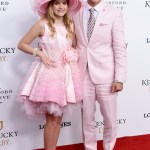 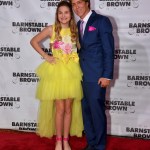 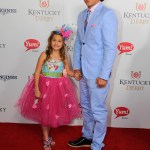 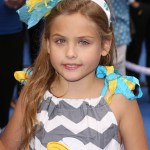 An upcoming ’20/20′ episode about Anna Nicole Smith’s past reveals just how much her 14-year-old daughter, Dannielynn Birkhead, looks like her late mother. See the resemblance in the first look of the TV special!

Dannielynn Birkhead is the spitting image of her late mom, Anna Nicole Smith. Audiences got to see a first-look at a new 20/20 episode that features the 14-year-old daughter of the famous TV personality and Larry Birkhead, 48, on a journey to piece together parts of Anna’s past roughly 14 years after her death. “She wanted to be a star; she wanted to be a mother; and Dannielynn is her legacy,” Larry’s voiceover can be heard saying in the preview.

NEW: Anna Nicole Smith | What happens when her family goes in search of her secrets, past and possessions? ‘Tragic Beauty’ the new #ABC2020 event premieres Friday night at 9|8c on ABC. https://t.co/ZGewRPfd2o pic.twitter.com/4UnUIvKlvv

As Dannielynn and Larry begin to pull the mystery of Anna together, a number of people remark on the resemblance between the teenager and the tragic star. “You are your mommy,” one person in the preview remarks. “You look just like her.” The preview clip, which readers can see above, even features a side-by-side image of Dannielynn and her mother before she became a star.

The likeness is absolutely uncanny. Dannielynn and her mom share nearly every facial feature from their nose, to their hair and vibrant smile. As the preview goes on, Dannielynn’s father, Larry, explains why the father-daughter pair are going on their journey and rummaging through Anna’s past. “Dannielynn is a teenager now. And, you know, she doesn’t know a ton of things about her mom.” Dannielynn was just a baby when her mother died of an accidental drug overdose on February 8, 2007. The youngster was born on September 7, 2006, making her only five months old when her mother tragically died. “As a dad who has a child whose mom’s passed away, I thought, why not go back to Anna’s beginnings?” As such, the father-daughter pair go all the way back to the start.

The special episode of 20/20, which will debut nearly 14 years to the day since Anna’s death, will see Larry and Dannielynn go through Anna’s old possessions that have been kept in storage for years. Larry, himself, even admits in the preview that he didn’t know much about Anna’s life before her years of fame. Plus, the special will also shed light on more “shocking” details surrounding Anna’s untimely death.