Dannielynn Birkhead, 12, may have mostly grown up without her famous mom Anna Nicole Smith, but that doesn’t mean her mother’s not with her. The blonde daughter is resembling her mother more and more with each passing day. Dannielyn went to the 31st Barnstable Brown Kentucky Derby Eve Gala with her father, Larry Birkhead, 46, on May 3.

The father and daughter were all smiles on the red carpet, and we couldn’t help but notice Dannielynn’s remarkable resemblance to her late mother. The 12-year-old’s glowing smile and facial features are so reminiscent of the blonde beauty who was tragically taken too soon.

Dannielynn wore a high-low yellow dress, which featured pink and yellow flowers in the center. The dress had ruffled tulle and a bow that tied at her waist. She wore pink sandals and her hair half-up, half-down. Her father wore a blue suit with a purple tie. 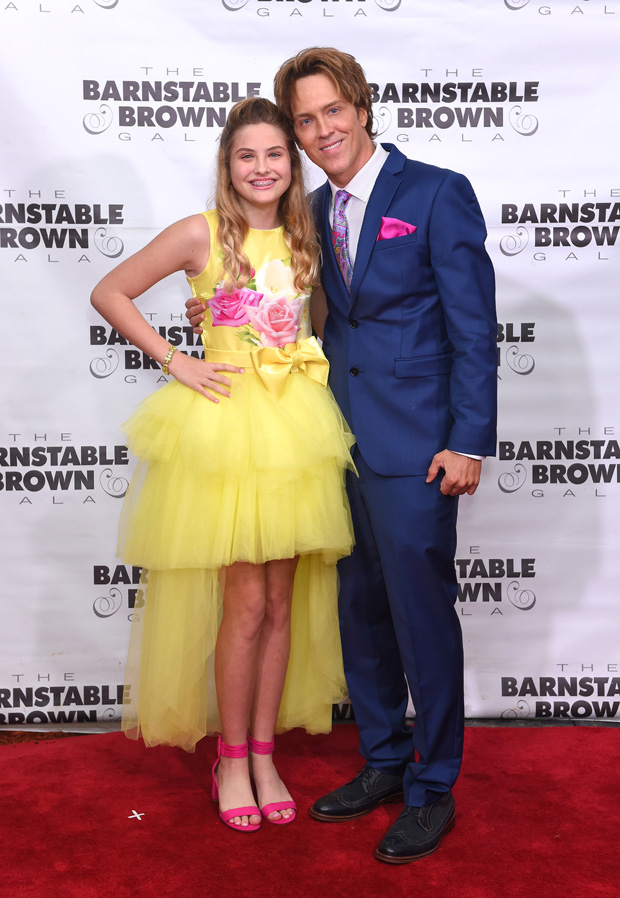 This wasn’t the first time Dannielynn and her dad went to Kentucky together. The two went to the Kentucky Derby Museum in Louisville when Dannielynn was a younger child, to see her mom’s white dress and pink-tulled hat. Her mom tragically passed away in Hollywood, Florida on Feb. 8, 2007, when Dannielynn was only a one-year-old. At the time of her death, Anna was 39 years old, and her death came after the passing of her 20-year-old son the previous year. We’re so happy to see Dannielynn growing up to be such a beautiful young woman, and that she looks so happy with her dad.