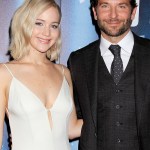 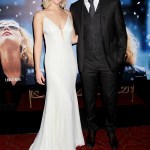 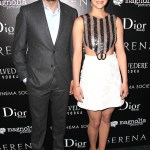 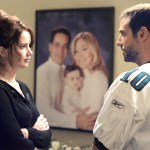 While filming a new movie, Bradley Cooper looked like he stepped out a barfight in the 1970s. The ‘A Star Is Born’ star rocked a thick beard, shaggy hair, and a deep, bloody gash on the side of his head!

It appears Bradley Cooper gets into some trouble on the next Paul Thomas Anderson flick. The movie – currently dubbed “Untitled Paul Thomas Anderson Project” on IMDB – is set in the 1970’s San Fernando Valley, and Bradley, 45, certainly looks like he stepped out of that era. In photos taken on Aug. 29, the Hangover star wears a lacey, white outfit with a neckline that goes all the way down to his navel, allowing him to show off his 70’s chest hair. His face is covered in a dark beard, and his hair is so shaggy, he probably could have been a member of Jefferson Starship. He’s pretty unrecognizable from the man who won audiences over in movies like Silver Linings Playbook and Wet Hot American Summer.

Bradley looks more like his American Hustle role in this new PTA movie, and from the looks of it, things aren’t entirely groovy for Bradley’s character. During this day of filming, Bradley was sporting some fake blood down the left side of his head and neck. It’s hard to tell if he hit his head, got a gash on his throat – or both! Considering Paul Thomas Anderson is behind such films like Boogie Nights, There Will Be Blood, and Inherent Vice, it’s not beyond reason to expect this period piece to get a little violent.

This Untitled Paul Thomas Anderson Project is Bradley’s first major part since voicing Rocket Racoon in 2019’s Avengers: Endgame. He’ll also be seen in Guillermo del Toro’s 2021 flick, Nightmare Alley, based off the 1946 William Lindsay Gresham novel of the same name. Bradley won’t be seen on the silver or streaming screen this year, and considering how 2020 has gone, that doesn’t seem like a bad thing.

Bradley has kept it low-key this year. Whenever he’s gone out, it’s often been to spend time with his and Irina Shayk’s daughter, three-year-old Lea Shayk Cooper. He was spotted taking her on a stroll through NYC in January, treating her to a lunch date in February, and a scooter ride in March. He also has spent time with his ex. Seven months after the couple ended their three-year relationship, Bradley and Irina, 34, reunited at the BAFTA. They were all smiles for the cameras, and it appeared like neither held any bad blood for the other.

However, 2020 hasn’t been completely quiet for Bradley. He caused a little bit of noise when he reunited with his Alias co-star, Jennifer Garner, in early August. Jen, 48, Bradley, and Lea seemed to have a blast during a beach playdate. Bradley even went shirtless, so he could work on his tan. This fun little outing was about to spark a whole lot of romance rumors, but a source told HollywoodLife EXCLUSIVELY that there’s no fire to any of this smoke. “They were not on a date,” said an insider. “They’re dear friends. She adores him, but she’s always said he’s just a good friend.” So, don’t expect Bradley and Jen to start dating, but don’t be too surprised if she attends the premiere of this new Paul Thomas Anderson flick to support Bradley.