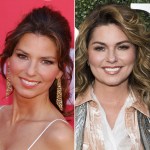 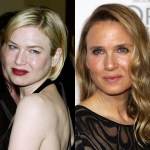 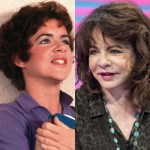 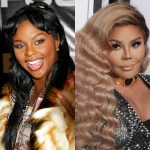 Believe it or not, celebs are just like us; they age, change, and some more than others, don’t mind a little nip and tuck! See some of Hollywood’s hottest stars who are nearly unrecognizable now; but, they’ve still got it!

Let’s test your celeb knowledge — Can you recognize these famous stars in our attached gallery? Over the years, Hollywood’s A-listers have changed a bit; some admittedly decided to go under the knife, while others went au naturale! And, some of these stars looked like completely different people before the glitz and the glam that fame brought on. See Shania Twain, Renee Zellweger, Pamela Anderson, Kim Kardashian and more stars who appear drastically different these days!

It’s only right that we kick this off with Shania Twain. The singer hit the stage on Dancing With The Stars last night [Oct. 23], where she appeared as a guest judge and performer. But, all topics were out the window when fans caught a first glimpse at her face. The singer’s profile appeared wrinkle free and her lips were seemingly plumped up. While some fans praised her stunning look, others claimed they couldn’t even recognize her and that she appeared to have work done.

We have to discuss Renee Zellweger. After a long hiatus from the spotlight, no one really knew where Renee was exactly… until Oct. 2014. The actress stepped out at ELLE‘s 21st Annual Women In Hollywood Celebration in Beverly Hills, CA, where she shocked paparazzi and the rest of the world when she appeared unrecognizable. Some said, “Well, it’s been a while,” as others slammed her for going under the knife. Her drastic change in facial structure and her wrinkle-free face became the subject of plastic surgery rumors. However, she never addressed the speculation. But, she did speak up about critics who claimed she was “too thin,” at the time.

“When you read reports that you are starving yourself or that you are anorexic it’s very unfair and disappointing,” she told the U.K.’s Daily Express in 2013. “It’s not very pleasant to read reports which say you’ve gone too far or this or that. I have a lifestyle that involves keeping my sanity by going to the gym.”

Then, in May 2017, Pamela Anderson had the internet buzzing when she stepped out at the Cannes Film Festival. When the Baywatch star hit the red carpet for the premiere of 120 Beats Per Minute, her usual heavy makeup was toned down and her face appeared drastically different to some fans. However, she has embraced aging, and that’s all that matters!

“I actually like aging,” she explained in a 2016 interview with W Magazine. “I have great older female role models in my life, including my amazing mom, who have glitz, glamour, and all sorts of fun. Getting older isn’t the end. I know I have so much to look forward to.”

Be sure to check out all of the stars who’ve changed over the years in our above gallery!

HollywoodLifers, which photos shocked you the most?