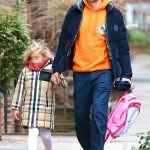 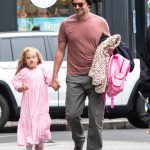 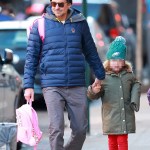 Bio:
Bradley Cooper (born Bradley Charles Cooper, in Philadelphia, Pennsylvania, on Jan. 5, 1975 ) is a well-known American actor and producer. He started his professional acting career with a small guest role in one episode of the television show Sex and the City in 1999. From there Bradley made his film debut in the satirical comedy Wet Hot American Summer. His later roles consisted of Wedding Crashers in 2005, Yes Man in 2008, He’s Just Not That Into You in 2009, but he really made a name for himself in The Hangover trilogy. He received Academy Award nominations for Best Actor and Best Supporting Actor for his roles in Silver Linings Playbook and American Hustle. In 2011, People magazine named him the “Sexiest Man Alive”.

Best Known For:
Bradley is best known for being an actor and starring in the three Hangover movies.

Personal Life:
Bradley stopped drinking alcohol at 29, because his substance addictions and doubts about his career triggered thoughts of suicide. He married actress Jennifer Esposito in 2006, but in May 2007 the pair announced their divorce. Bradley has since been in relationships with Renée Zellweger, Zoe Saldana, and has been dating model Suki Waterhouse since March 2013. Bradley started dating model Irina Shayk in 2015. On November 30, 2016, after she walked in the Victoria’s Secret Fashion Show, it was revealed that Irina and Bradley were expecting a baby. The couple’s baby’s birth was confirmed on April 9, 2017.

Just weeks after spending Thanksgiving with Irina Shayk, ‘A Star Is Born’ director Bradley Cooper held hands with his daughter, Lea, while out in New York City.

The family outing comes after Bradley Cooper and Irina Shayk spent Thanksgiving as a family with their daughter.

Bradley Cooper held hands with his little lady Lea as rumors continued to swirl that he’s reunited with her mom, Irina Shayk!

Bradley Cooper and Irina Shayk had a ‘great’ Thanksgiving together and they’re now making plans for Christmas.

Bradley Cooper and Irina Shayk, who split in 2019, apparently spent the holiday with their daughter Lea, 5, and were ‘very happy.’

Bradley and Irina were spotted on Thanksgiving together as the actor held his adorable daughter in his arms during a NYC outing.

Irina Shayk rocked black wide-leg trousers & a leather coat while on a walk in NYC with her daughter Lea Cooper.