Flirty exes! Scott Disick hit the “like” button on Kourtney Kardashian‘s new bikini photos (seen here) the mom of four shared to Instagram on July 1. — A move that didn’t go unnoticed, as many fans noted in the comments of Kourtney’s post.

“Don’t call me, I’ll call you,” the Poosh founder, 41, captioned the outdoor snaps. The first showed her walking in a multi-colored two-piece, while looking down at her phone in a pair of small sunglasses. The second photo provided a better view of Kourtney’s fit physique, as she was captured from above — this time without sunglasses, putting her fresh face and smooth skin on full display. 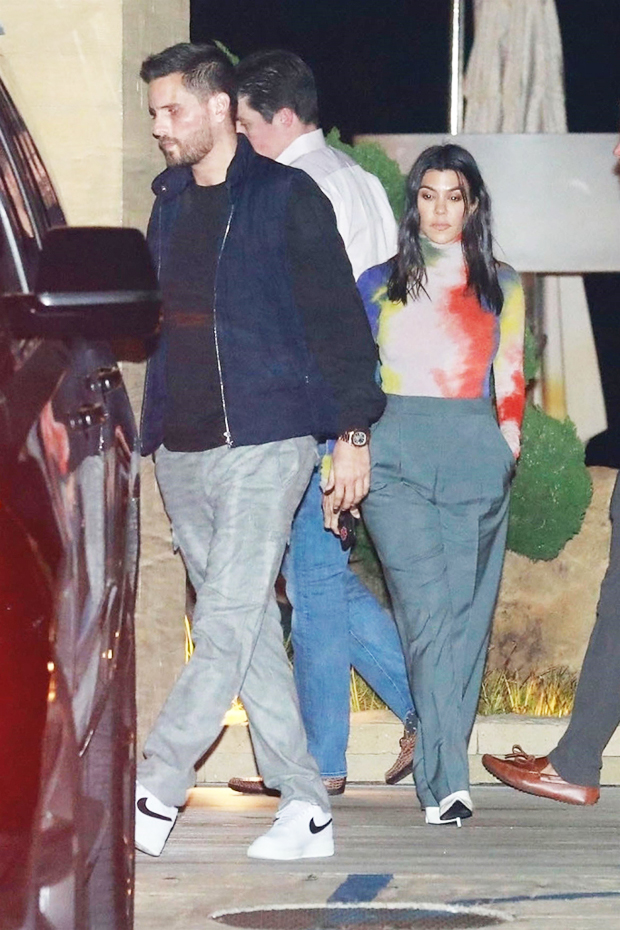 Many fans in the comments inquired if the exes — who share sons Mason, 10, and Reign, 5, and daughter Penelope, 7 —are back together, especially since Scott is newly single. The Talentless founder, 37, and girlfriend Sofia Richie, 21, recently (and quietly) split, following his latest bout with rehab.

Although the couple never confirmed a breakup, sources previously told HollywoodLife that Scott and Sofia are taking a break so he could focus on himself. They were first romantically linked in May 2017, when they were spotted cozying up on a yacht in the south of France during the Cannes Film Festival.

Happy Father’s Day, thankful for you and these three special ones.

Scott checked himself into All Points North Lodge rehab facility in Colorado at the end of April, and abruptly left after a photo of him at the treatment center was published online. Scott’s lawyer, Marty Singer told HollywoodLife at the time that drugs and alcohol did not play a role. Instead, he explained that Scott sought treatment for emotional issues after both his parents, Bonnie and Jeffrey Disick died three months apart from each other in October 2013 and January 2014.

Since his split and short-lived rehab stay, Scott has been spotted on multiple occasions with Kourtney. Nonetheless, many of their meetings are due to co-parenting their three kids. The exes were photographed together with their brood during a lunch outing at Nobu Los Angeles at the beginning of June.

Additionally, the Kardashian family recently threw Scott a lavish 36th birthday party in Calabasas, CA. Kourtney also shared a sweet tribute to Scott on Father’s Day, having shared a family photo with their kids to Instagram.