Todd Chrisley’s picturesque life and career serve as the basis of USA Network’s Chrisley Knows Best. The reality TV series, currently in its ninth season, follows the multimillionaire real estate developer, 52, and his lavish life with longtime wife Julie and their children. Behind every picture-perfect family, however, lies drama and other familial problems, as is the nature of things; in the Chrisley clans’ case, the drama plays out on television.

The real estate developer has five children: Lindsie, 32, and Kyle, 30, whom he shares with ex-wife Teresa Terry, and Chase, 25, Savannah, 24, and Grayson, 15, whom he shares with Julie. The two have been married since 1996. So, who are Todd’s children? While the reality series explores the family dynamics, below is a primer about the Chrisley children. Learn more about Lindsie, Kyle, Chase, Savannah, and Grayson.

Born on September 17, 1989 to Todd and his first-wife Teresa, Lindsie is the reality star’s eldest child. She appeared on the family reality show when it debuted in 2014, but left in 2017 and is now estranged from her father and family. Tensions with her family began when her brother Kyle accused her (and their mother) of turning Todd and Julie in to authorities for alleged tax evasion. (Her attorneys have denied this.) In an interview with Entertainment Tonight in September, Lindsie maintained that there “will never be a reconciliation” between her and her family, saying, “I think that the most that anyone could ask for at this point is for everyone to go on with their lives as they see fit and to just leave the other side alone. But at this point, there will be no chance for reconciliation. And unfortunately, I’m going to continue to respond to whatever allegations are put out.” These days, she’s a podcast co-host on Coffee Convos Podcast and The Southern Tea. She has one son, Jackson, 7, whom she shares with husband Will Campbell; she announced in July that she and her husband are separating after nine years of marriage.

Born on August 29, 1991 to Todd and his first wife Teresa, Kyle is the reality star’s eldest son. The two have had a tumultuous relationship that has weathered many storms, as documented in the first season of the show, due to Kyle’s struggles with substance abuse and his mental health. He is now sober and has since repaired his relationship with his father, who gained full custody of Kyle’s daughter Chloe, 8, after his arrest in 2019 for drug charges. Kyle shares his daughter with ex-girlfriend Angela Victoria Johnson. In March, Kylie married his partner Ashleigh Nelson. This year, Kyle penned a birthday tribute to his dad (above) and said he was “proud” to be his son. “Happy Birthday Daddy! You have a faith in all of us like Jesus does and I could never thank you enough for believing in the best of me,” he wrote on Instagram in April. “That faith is what brought me to where I am today. I am so proud to be your son. I hope you have the best day! I love you so much!” These days, he’s creating internet content with his wife Ashleigh on their joint TikTok account. 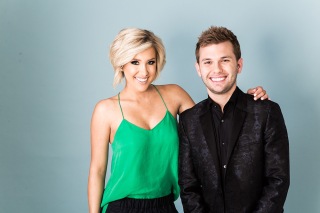 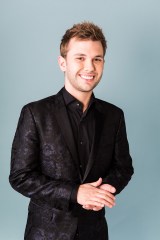 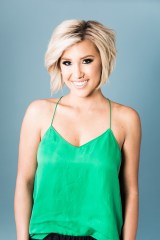 Born on June 1, 1996 to Todd and his current wife Julie, Chase is the reality star’s middle-ish child. He has a pretty good relationship with his father, who has even take it upon himself to meddle in on his son’s love life every now and then, setting him up with women following Chase’s split from girlfriend Brooke Noury. Both father and son often joke around with each other, pulling pranks on each other’s birthdays and whatnot. Chase stars in a Chrisley Knows Best spin-off titled Growing Up Chrisley with his younger sister Savannah. It follows the brother-sister duo as they embark on the road to Los Angeles to prove to their father that they can make it on their own. In the Hollywood Hills, Chase has been pursuing a career as an actor. These days, he’s also the founder of his own candle company, Chase Chrisley Collection. “Candles have always been a passion of mine since I was a little kid,” his site states. “Growing up my mom always had aromatic candles around the house so our home always felt overwhelmed with welcoming scents. I believe that the scent of a candle can control the entire mood of the room.”

Born on August 11, 1997 to Todd and his current wife Julie, Savannah is the reality star’s youngest daughter. Like her brother Chase, Savannah has a pretty good relationship with her father. Their bond is chronicled throughout much of the show, too. For a Father’s Day tribute in 2020, Savannah paid homage to Todd on Instagram and said they have practically always been inseparable. “I look back on my life and realize that we were pretty much ALWAYS inseparable! You dressing me up like a little doll…paying me $1 for every song I learned to sing…and so much more,” she captioned the post. “I thank God every day for giving me a father who has always been there and who has never wavered. . . I love you and thank you for saving me.” Savannah stars opposite her brother Chase in the spin-off Growing Up Chrisley, where she tries to break into the world of cosmetics. She has since launched a beauty line called Sassy By Savannah Chrisley, which sells fragrances and makeup products. Savannah has credited her father for her business savviness, telling PEOPLE in 2017, “He has been absolutely amazing. My dad has been the biggest supporter of me throughout. He’s my best friend and without him I couldn’t have made it happen.”

Born on May 16, 2006 to Todd and his current wife Julie, Grayson is the reality star’s youngest child. Like his siblings Chase and Savannah, Grayson appears to have a good relationship with his father. On his 15th birthday this year, Todd paid tribute to his youngest on Instagram (above) and called him a “kind, caring, compassionate young man.” He has an official Instagram account jointly run by his father, where they’ll occasionally share photos of Grayson playing baseball. He also often shares photos with his “best friend” sister Savannah. The young teen is currently in high school. Along with starring in his family’s reality show, he made a cameo in the TV film Sharknado 4: The 4th Awakens. Perhaps a career in Hollywood is on the horizon.