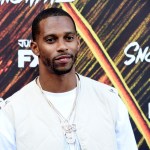 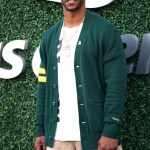 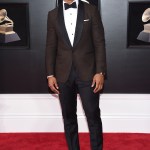 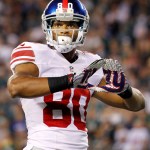 Bio:
Victor Cruz (born Victor Michael Cruz on November 11, 1986 in Paterson, New Jersey) is an American football player. Victor attended Paterson Catholic High School and played on the school’s football team. Victor played wide receiver and defensive back, earning All-State honors in 2003. That season, Victor caught 42 passes and scored 19 touchdowns. Victor attended the University of Massachusetts, but struggled to balance both his football career and academic studies. He was sent home twice over poor grades and only became eligible to play for the team in 2007. Despite these initial problems, Victor went on to have a good career and graduate with a degree. In 2010, the New York Giants signed Victor to the team. He played three games in his rookie season before he was sidelined by a hamstring injury. Victor continued to be an asset to the Giants offense and the team signed a five-year, $45 million contract extension in 2013. In 2014, Victor suffered a torn patellar tendon, ending his season.

Best Known For:
Victor Cruz is best known as an American football player, playing for the New York Giants.

Personal Life:
In 2012, Victor wore a tribute on his shoes for 6-year-old Jack Pinto, one of the children slain in the Sandy Hook Elementary School massacre. Victor partnered with American Dairy Famers to promote “fuel Greatness,” a campaign encouraging kids to have a healthy breakfast. Victor became engaged with Elaina Watley one day after the baptism of their daughter, Kennedy. In Oct. 2015, Elaina discovered Victor had been cheating on her, and she sent a group message to all his “side chicks.” As of December 2017, he is dating Karrueche Tran.

Karrueche Tran and Victor Cruz have reportedly called it quits after roughly three years together. Learn more about why the two chose to go their separate ways.

With COVID-19 restrictions in place, Super Bowl LV will be ‘different,’ but NFL champ Victor Cruz thinks it’ll still be fun, and he tells HL EXCLUSIVELY how he’s preparing for the big game.

E! News’ Victor Cruz finally met his girlfriend Karrueche Tran’s family and he’s revealing in an EXCLUSIVE interview what it was like!

Victor Cruz revealed that he and his girlfriend Karrueche Tran are sadly in lockdown in separate locations but admitted they spend as much time as possible video chatting and even cooking together.

Wendy Williams put Victor Cruz in the hot seat on her January 16 show! She grilled the NFL alum about his relationship with girlfriend Karrueche Tran, and Victor didn’t shy away from speaking from the heart.

Talk about being ‘offsides’ with some ‘illegal contact.’ In a case of ‘TMI PDA,’ ex-NFL star Victor Cruz’s hand was all over Karrueche Tran’s butt, and he had no shame in feeling up his girlfriend in public.

Karrueche Tran and Victor Cruz, and more couples showed everyone how the red carpet is done while attending the 2019 BET Awards!