Victor Cruz, 33, and has been romantically linked to girlfriend Karrueche Tran, 32, since 2017 and things are going well because he’s finally met her family! “I was a little nervous naturally because you just never know!” the former NY Giants receiver told HollywoodLife EXCLUSIVELY on Oct. 13 during an episode of TVTalk on Instagram Live. “You never know if they’re going to like you or some person is probably a Cowboys fan. Probably doesn’t like the Giants. You just never know how it’s going to workout!” 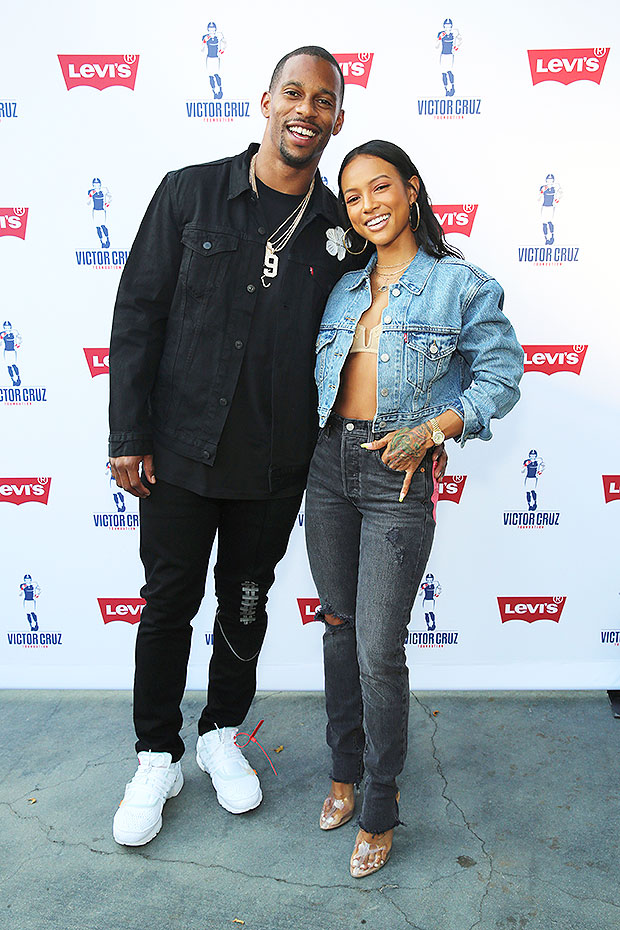 While Victor has been back east, his girlfriend has been out west in Los Angeles as the world continues battling the coronavirus pandemic. The time apart hasn’t gone to waste for the father to daughter <>Kennedy, 8 though — and he’s even picked up a new hobby. “When I tell you I picked up cooking — I mean, I’m on FaceTime with her and she’s walking me through what I need to do to make this food!” the retired football star said.

“I think it’s just strengthened us. I think the more you talk, the more you just have a conversation with your partner and you get to understand and you get to know them on so many deeper levels and deeper than a surface level BS,” he said of their relationship. “I think it’s helped us just to get to know each other more, get to understand how each other ticks, what we like, what we don’t like and keep each other current on each other’s lives. I think that really helped us get a better connection with each other and then when we finally got to see each other for a good patch of time, it just was the icing on the cake,” he added, clearly smitten with his leading lady.

Just taking a moment to wish my baby a Happy Birthday. Your humility, intelligence, patience and selflessness are just a few qualities that made me fall in love with you. Enjoy your special day and I can’t wait to spend 100 more birthdays together. Preferably next to each other and out of quarantine lol. Love you. 😘🕺🏾💙

So now that he’s met the family, could a new home together be in this couple’s future? “We’ll see,” Victor added. “We’ll cross that bridge when we get there but I think we’re just enjoying our space. We’re so busy and tied up with work. She’s in filming. I’m here in Jersey holding it down doing virtual home school and what not so we’re kind of just sinking our teeth into our work right now and we’ll catch up with each other soon.”

Related: NFL Star Brandon Marshall’s Kids: All About His 3 Children