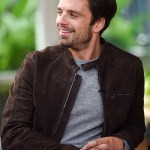 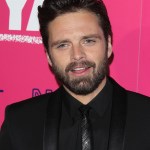 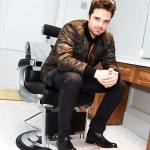 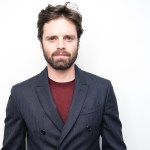 Bio:
Sebastian Stan (born on August 13, 1982) is a Romanian-American actor. He was born in Romania, but moved to New York when he was around 12 years old. Like most actors, Sebastian got his start acting while in school productions. In 2002 he became a United States citizen. After appearing on several different TV shows over the years including Gossip Girl and Kings, Sebastian launched a career in film by appearing in movies like The Covenant, Black Swan, and Hot Tub Time Machine. However, it was the role of Bucky Barnes in Captain America: The First Avenger that gave Sebastian his biggest break in Hollywood. He is rumored to have a 9-picture deal with Marvel Studios.

Best Known For:
Sebastian is best known for his role on Gossip Girl and as Bucky in the Avengers film franchise.

Personal Life:
Sebastian is reportedly dating actress Margarita Levieva, who he met in 2009 working on the film Spread. Before that Sebastian was romantically linked to his Gossip Girl co-star, Leighton Meester, in 2008. He also reportedly dated his Once Upon A Time co-star, Jennifer Morrison, from 2012 to 2013.

Tommy Lee and Sebastian Stan, who played the rocker in the Hulu series ‘Pam & Tommy,’ were spotted enjoying dinner together at a restaurant in Malibu, CA

Be careful about who you meet at the grocery store. Daisy Edgar-Jones crosses paths with the seemingly perfect Sebastian Stan, and she gets more than she bargained for when she learns his unusual appetites.

New photos of Sebastian Stan on the set of ‘Pam & Tommy’ have surfaced, and the actor looks EXACTLY like his character, Tommy Lee, as he rocks out on the drums for a scene.

The resemblance is uncanny! Sebastian Stan shared another pic from the ‘Pam & Tommy’ set as he teased fans to ‘kiss da cook,’ referencing his apron.

Sebastian Stan and Lily James look absolutely identical to Tommy Lee and Pamela Anderson in the first pics from the new series about the iconic mid 90s couple.

Is the Winter Soldier becoming a Jedi Master? Sebastian Stan addressed the rumors of him playing Luke Skywalker in a new ‘Star Wars’ project.

Lily James and Sebastian Stan were reportedly cast as Pamela Anderson and Tommy Lee in an eight-episode Hulu series called ‘Pam & Tommy’, and we’re taking a look at their similarities in eye-catching pics.