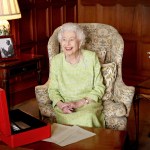 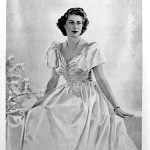 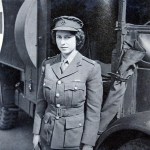 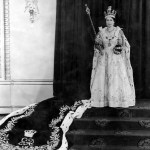 Bio:
Queen Elizabeth (born Elizabeth Alexandra Mary on April 21, 1926 in Mayfair, London, England) is the Queen of England. She was born while her grandfather, King George V, was on the throne, and she was third in succession behind her uncle, Prince Edward and father, Prince Albert (later King George VI). Edward abdicated the same year he became king, so Prince Albert took the throne, putting Elizabeth II as first in line. She started taking on her first public duties during the Second World War when she was just a teenager, and began standing in for her ill father at events in the early 50s. She became Queen after King George V’s death in 1952, with her official coronation taking place June 2, 1953. In Sept. 2015, she officially became the longest reigning British monarch after serving 23,226 days on the throne.

Best Known For:
Queen Elizabeth is best known for being the Queen of England.

Personal Life:
Queen Elizabeth met Prince Philip of Greece & Denmark, her second cousin once removed, in 1934, and when she was 13 years old, she fell in love with him and they started exchanging letters. They announced their engagement on July 9, 1947 when she was 21 years old and were married on Nov. 20, 1947 at Westminster Abbey. Their sons, Prince Charles, Prince Andrew and Prince Edward, were born in 1948, 1960 and 1964, respectively, and daughter, Princess Anne, was born in 1950.

Prince Harry was pictured in the back of a car upon arriving in Scotland after his grandmother Queen Elizabeth II passed away at the age of 96.

Helen Mirren, who won an Oscar for her portrayal of Queen Elizabeth II, paid tribute to the monarch with a heartfelt statement after her death.

Queen Elizabeth II and Prince Philip shared a love story that spanned over 70 years. In the wake of Her Majesty’s death, look back at their romance from their engagement, wedding, and beyond.

Tributes to the late Queen Elizabeth II have been pouring in from some of the biggest stars in Hollywood, including Ozzy Osbourne and Janet Jackson. See their kind messages about the late monarch here.

This is a historic and sad day. Queen Elizabeth II died on September 8, at the age of 96.