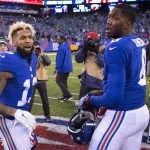 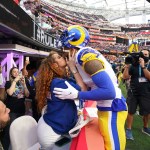 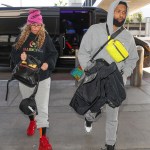 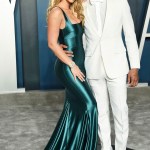 Bio:
Odell Beckham Jr. (born on November 5, 1992 in Baton Rouge, Louisiana) is an American football player. He played college football for Louisiana State University. He was drafted by the New York Giants in the first round of the 2014 NFL Draft. He was selected 12th overall. Odell shocked everyone when he made an amazing one-handed catch on Nov. 23, 2015, versus the Dallas Cowboys. In 2015, he was suspended for one game after he violated multiple safety-related playing rules during the Dec. 20 game against the Carolina Panthers.

He is best known for being the wide receiver for the New York Giants.

Odell was romantically linked to Amber Rose in Sept. 2015. He has also been linked to Iggy Azalea, Kendall Jenner, Khloe Kardashian and Zendaya.

Justin Bieber showed off his tattoo-filled body as he took his shirt off to dance with his wife Hailey Bieber at Odell Beckham’s star-studded birthday bash.

What’s better than winning a Super Bowl? For Odell Beckham Jr., it’s becoming a dad for the first time. The LA Rams player announced that he and Lauren Wood have welcomed ‘the biggest blessing in my life.’

The Rams wide receiver looked over the moon after his team won Super Bowl LVI, and he celebrated by giving his girlfriend, who’s days away from giving birth, a kiss on her stomach.

Odell Beckham Jr. & his girlfriend, Lauren Wood are officially expecting a baby & she announced her pregnancy with a sexy lingerie shoot.

Wendy Williams reacted to Odell Beckham Jr. allegedly slapping a cop on the butt inside LSU’s locker room, on Jan. 13. Wendy, who called the situation a ‘clown mess’ said OBJ is ‘old enough’ to know better.

Sorry, what? Odell Beckham Jr. shaved off his incredible blonde hair, and we have the pics to prove it! See his shocking makeover here.