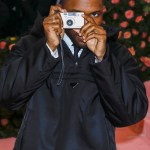 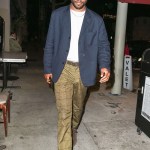 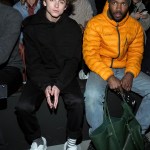 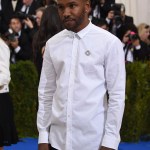 Bio:
Frank Ocean (born Christopher Francis Breaux in Long Beach, California on October 28, 1987) is an American singer-songwriter from New Orleans, Louisiana. Frank began his career as a songwriter, writing hits for singers such as Brandy, Justin Bieber, and John Legend. In 2010, he became a member of alternative hip-hop collective, OFWGKTA, and his debut mixtape, Nostalgia, Ultra, was released the following year to critical acclaim. His music has gained attention from notable artists, such as Kanye West, Beyoncé Knowles and Jay-Z, and he consequently appeared on Kanye and Jay-Z’s Watch the Throne album. He released his debut studio album, Channel Orange, in July 2012, and followed it up with his LP Blonde in August 2016.

Best Known For:
Frank Ocean is best known for being a singer-songwriter.

Personal Life:
Frank is an openly gay man, and has been linked to model Willy Cartier. Frank announced that he was gay when he wrote an open letter, intended for the liner notes on Channel Orange, that would address “speculation about his same-sex attraction.” Frank is one of the first major African-American music artists to live as an open gay man, because of the homophobia associated within the industry and culture surrounding it.

Frank Ocean’s brother Ryan Breaux has sadly died after a fatal car crash in Thousand Oaks, CA on Sunday, Aug. 2. Learn more about the singer’s beloved sibling, whose official cause of death has also been revealed.

Can some of these dudes at the Met Gala… make an effort? Kanye West and Frank Ocean wore some pretty low-key looks to the event and the Internet isn’t here for it.

Fans are getting really impatient waiting for Frank Ocean’s third album to drop — but are they waiting for nothing? That’s what they felt after photos surfaced of Frank wearing scrubs! Is he quitting music to join med school?
It’s been four years since Frank Ocean dropped a new album — and fans are demanding more! On June 28, multiple photos surfaced of the singer wearing blue scrubs and a stethoscope and basically, people started freaking.

In his fights with Drake and Frank, Chris has always been made out to be the villain, but that may not really be the case. In a new interview, the “Fine China” singer breaks down his feuds and explains why things got so heated.
Chris Brown is still on a quest to rehabilitate his image, but trying to show everyone that he has his anger in control after his 2009 domestic abuse incident with Rihanna hasn’t been easy, especially because he’s gotten into battles with stars like Drake and Frank Ocean since then. But in a new interview, Breezy reveals that those recent feuds weren’t of his making.

Shots have been fired. Seven months after Frank and Chris were involved in a brawl outside a recording studio in Los Angeles, Mr. Ocean appears to be reliving the incident through song and dissing Breezy in the process! Keep reading and listen.
Earl Sweatshirt’s new album Doris is now available to stream online. And one particular song, “Sunday,” which features Frank Ocean, will likely have Chris Brown up in arms!

Frank looks happy in love in a new photo he posted on his Instagram feed of his cute, new boyfriend Willy Cartier. Frank also tweeted about marriage the same day. Could this new relationship be the real deal? On Sunday night, Dec 2, singer Frank Ocean introduced his new boyfriend, Willy Cartier, to the world…