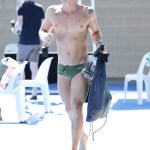 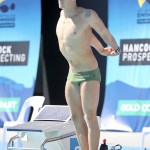 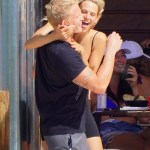 Bio:
Cody Simpson (born Cody Robert Simpson, in Gold Coast, Queensland, Australia, on Jan. 11 1997) is an Australian pop singer and actor. In 2009, he started recording and uploading videos to YouTube and soon was discovered by Shawn Campbell, a Grammy-nominated record producer. He released his debut single, “iYiYi” in May 2010 and a few months later, released the music video for his second single, “Summertime.” After relocating to Los Angeles, Cody released his second EP, Coast to Coast in 2011 by Atlantic Records. It reached number 12 on Billboard 200 selling 24,000 copies. Soon after, he hired Justin Bieber’s manager, Scooter Braun. In February 2013, Cody toured Europe, doing his own tour dates as well as supporting Justin Bieber on many of his as well. In 2014, he participated on the 18th season of Dancing with the Stars.

Best Known For:
Cody is best known for being a singer.

Everything seemed to be going great between Miley Cyrus and Cody Simpson before their breakup. So, what happened? Miley’s ex dished on what led to them going their separate ways.

The singer and model is recovering after she sadly broke her neck after diving head first into a shallow pool.

Cody Simpson reflected on his experience preparing for the Olympic swim trials in Australia with ‘less than a year of training,’ sharing his gratitude to his team and revealing his plans for the future.

They’re having the time of their lives! Cody Simpson and his girlfriend Marloes Stevens looked smitten as they did the ‘Dirty Dancing’ lift!

Cody Simpson chatted with GQ Sports and shared his daily workout routine along with his diet as he preps for the upcoming Olympic swim trials in Australia!

Cody Simpson’s girlfriend, Marloes Stevens, is ‘right by’ Cody’s side, as he preps for the Australian Swimming Trials, a source shares EXCLUSIVELY with HL.

Just days after opening up about his breakup from Miley Cyrus, Cody Simpson was photographed out and about with his current girlfriend, Marloes Stevens.