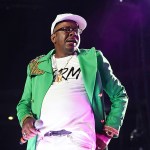 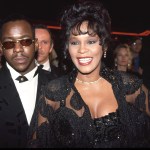 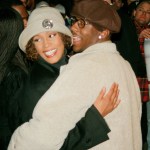 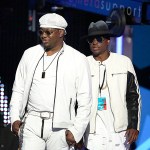 Bobby Brown (born Robert Barisford “Bobby” Brown in Roxbury, MA on February 5, 1969) is an American R&B singer-songwriter-rapper, best known for his work as the lead singer for New Edition and his solo working the 80s and 90s. His biggest hit to date includes ‘My Prerogative’, which was famously covered by Britney Spears. He’s won a number of music awards over his career, including a Grammy. Bobby is also known for his tumultuous  relationship with Whitney Houston, who he married in July 1992. The pair had only one child, a daughter, Bobbi Kristina Brown.

Bobby Brown is best known for his marriage to Whitney Houston, which was documented for his reality show, Being Bobby Brown. They were married for 14 years, before divorcing in 2006. Whitney passed away in 2012.

Cool it now — New Edition performed for New Year’s Eve 2023, and they are celebrating a massive milestone!

Bobby Brown is telling his side of the story regarding allegations that he physically abused Whitney Houston during their relationship.

Night two of ‘Biography: Bobby Brown’ featured the singer discussing the death of his daughter, Bobbi Kristina, and how Whitney Houston helped him come to terms with it.

During night one of ‘Biography: Bobby Brown,’ the singer opened up about his rumored relationship with Janet Jackson, who he said was the ‘crush of his life.’

Part one of the ‘Biography: Bobby Brown’ special discussed the very beginning of Bobby’s relationship with Whitney Houston. He opened up about meeting her at the 1989 Soul Train Awards and taking her on their first date.

Throughout his life, music icon Bobby Brown has fathered seven kids with four different women. Find out everything you need to know about his children.

Though the world remains fascinated with Bobby Brown’s turbulent marriage to Whitney Houston, the R&B sensation has been happily married to Alicia Etheredge for a decade. Here’s what you need to know.