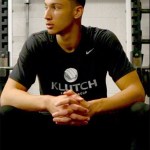 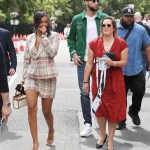 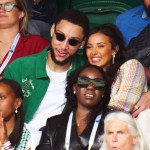 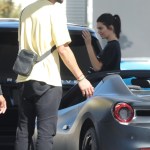 Bio:
Ben Simmons (born Benjamin Simmons on July 20, 1996 in Melbourne, Australia) is an Australian basketball player. He currently plays for Lousiana State University Tigers. In 2016, Ben was the consensus National Freshman of the Year and was named the SEC Freshman of the Year. He was the first LSU freshman in ten years to win the conference Freshman of the Year Award. Because of his success, he only played one season at LSU before going to the NBA Draft. Ben was picked number one in the first round of the 2016 NBA Draft and signed a rookie contract with the Philadelphia 76ers. He made headlines for a different reason when he was rumored to be dating Kendall Jenner in May 2018.

Best Known For:
He is known for playing for one season on the LSU basketball team before going into the 2016 NBA Draft as the number one overall pick.

Personal Life:
Ben is left-handed. He also comes from a family of athletes. His father, David Simmons, played 13 seasons in the Australian National Basketball League, and also wore the number 25, which is Ben’s current number. He is one of six children. His five siblings are Melissa, Emily, Liam, Olivia and Sean. His mother had four children from a previous marriage before marrying Ben’s father, so there is a 15 year age gap between Ben and his oldest sister Melissa.

Ben Simmons is apparently headed down the aisle! The NBA star and former flame of Kendall Jenner reportedly popped the question to Maya Jama, so find out all about his lady love.

Now that Kendall Jenner has her sights set on a new NBA star, her ex Ben Simmons is getting flirty with Vanessa Hudgens after she posed sultry bikini photos. And hunky racer Lewis Hamilton is liking her snaps as well.

Ben Simmons thinks the ‘Kardashian curse’ is ‘nonsense’ amid his rekindled romance with Kendall Jenner. Instead, he’s concerned about recovering from his back injury; it’s ‘driving him crazy that he can’t play.’

After closing the Versace show during Milan’s Fashion week, Kendall Jenner is glad to be back home to help tend to NBA sweetie Ben Simmons, who is battling a back injury.

Kendall Jenner was spotted out and about with her rumored on-again beau Ben Simmons and his parents after his basketball game in Philadelphia on Feb. 11.

For Kendall Jenner, ‘casual’ still means a dash of sexiness. To cheer on her bae Ben Simmons, the ‘KUWTK’ star paired a sheer top with some worn blue jeans and white kicks.