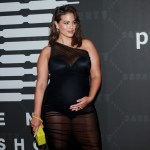 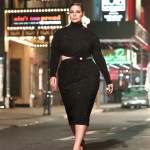 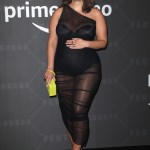 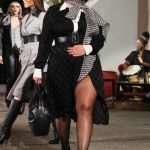 Bio:
Ashley Graham (born Ashley Ann Graham in Lincoln, Nebraska in 1987) is an American model. Ashley was 12 years old when the I & I Agency discovered her while she was shopping at the Oak View Mall in Omaha, Nebraska. In 2001, she signed with Wilhelmia Models after attending a model convention and in 2003, she signed with Ford Models. At the start of Ashley’s career, she appeared in YM and was profiled by Sally Singer of Vogue in 2007. In 2009, Ashley was featured in a Glamour editorial, along with models liked Kate Dillon Levin and Crystal Renn. In 2010, Ashely was photographed for an editorial in Bust magazine, and she appeared in the pre-fall collection and beauty editorial in the May 2014 issue of Harper’s Bazaar. With her career taking off, Ashley has modeled for several Levi’s campaigns, as well as for Layne Bryant, Marina Rinaldi, Evans, Hanes, Liz Claiborne Macy’s and Bloomingdales. She has also appeared in Vogue and on the cover of Elle Quebec. In 2013, she designed a lingerie line for Additon Elle, a Canadian plus-size retailer. In 2012, she was named Model of the Year by Full Figured Fashion Week and in 2015, Swimsuits For All featured Ashley in an advertisement in Sport Illustrated’s annual swimsuit issue.

Best Known For:
Ashley Graham is best known as a model of plus-size clothing and lingerie.

Personal Life:
Ashley is a motivational speaker, appearing at high schools to talk about body image and body acceptance. She has participated in humanitarian missions to South Africa with the Themba Foundation. Ashley met Justin Ervin, a videographer, at church in 2009. They were married in 2010.

Model Ashley Graham gave details in an interview about her near death experience while giving birth in her home.

Ashley Graham and Justin Ervin are now a family of five! The model has welcomed twin sons with her film director husband. The couple also share son Isaac.

Ashley Graham looked fabulous when she showed off her growing baby bump in a sexy blue bikini while on vacation.

Ashley Graham is having baby No. 2! The model announced on July 13 that she and husband Justin Ervin are expecting their second child together.

With a son as adorable as nearly two-year-old Gene, no wonder Amy Schumer wants another child. The comedian just shared when she hopes to add to her family.

Summer is almost here & if you’re looking for a new swimsuit that you’ll want to wear every day, look no further than this bathing suit that’s super similar to Ashley Graham’s!