Sofia Richie and Matthew Morton enjoyed a dinner date in Malibu on Oct. 17. But, before anything has a chance to turn serious, Sofia wants the support of her big brother Miles.

Sofia Richie is back on the dating scene after her split from Scott Disick in August. The model, 22, stepped out with Cha Cha Matcha co-founder Matthew Morton, 27, over the weekend, where they enjoyed a dinner date at Nobu in Malibu. Despite their strong chemistry, HollywoodLife has learned that Sofia is proceeding with caution when it comes to investing her feelings in someone new.

“Sofia is still enjoying the single life and isn’t interested in being tied down. But, that doesn’t mean she isn’t interested in seeing what’s out there and she thinks Matthew is a great guy,” a source close to the model told HollywoodLife, exclusively. “He’s a total gentleman and he treats her really well. Plus, Sofia’s brother Miles [Richie] approves [of Morton] which is a huge bonus, because his opinion means everything to her.”

While Sofia is definitely interested in Matthew, “it’s nothing serious right now,” the source said, adding that Sofia is “focusing on herself” at the moment. “She’s still adjusting to life without Scott and she isn’t ready to commit to anybody at the moment. She’s been spending quality time with family and reconnecting with old friends,” the insider explained.

Sofia and Matthew’s Nobu Malibu date was a clear indication that they weren’t trying to lay low during the outing. The celeb hotspot is filled with stars night in and night out, where paparazzi tend to camp out for the best photos. Not to mention, Scott and Sofia frequently dined at Nobu while they were together. 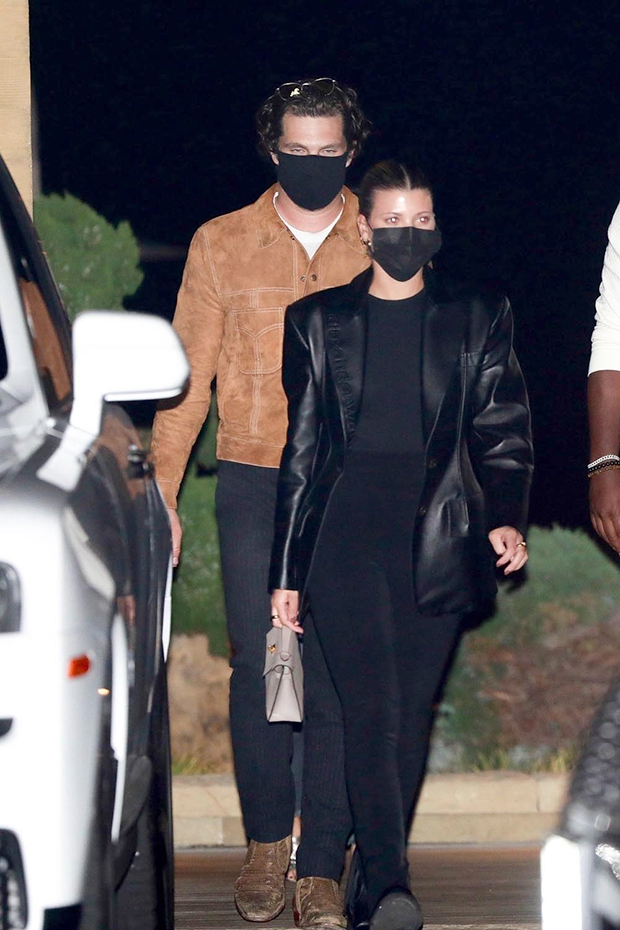 Sofia and Matthew were photographed wearing matching black protective masks amidst the COVID-19 pandemic. They were dressed for cooler weather, with Sofia in a leather blazer and an all-black ensemble. Meanwhile, Matthew wore a heavy, camel-colored jacket, pants and brown boots. The rumored couple’s night out came just a few days after Scott, 37, was spotted out to dinner with Australian model Megan Blake Irwin — and, two weeks after he reconnected with model Bella Banos for a date at Nobu in Los Angeles on October 1.

Sofia and Scott split for the final time in August, after they reunited earlier this summer. The first breakup came after Scott checked himself into a Colorado rehab facility in April. At the time, Scott’s attorney, Marty Singer confirmed to HollywoodLife that his client was not dealing with any alcohol or substance issues, and instead was seeking treatment to deal with lingering emotions involving the passing of both his parents Bonnie and Jeffrey Disick. They sadly passed away three months apart from each other in October 2013 and January 2014. Scott and Sofia were first linked in 2017, after they attended the Cannes Film Festival together.