Some of the biggest stars in movies and music have gone through major transformations in recent years. From award-winning hitmaker Adele to rapper Tekashi 6ix9ine, some of our favorite Hollywood celebs have detailed their extreme weight loss journeys. Of course, these stars looked incredible both before and after, however many of them noted they felt stronger and fitter after overhauling their health and wellness routines. Read on for some of the biggest celebrity weight loss transformations. 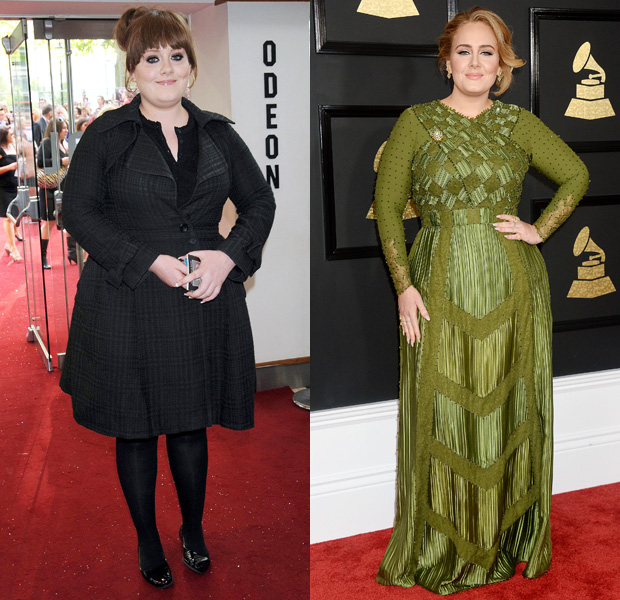 Adele celebrated her 32nd birthday on May 5, 2020, and she posted a rare Instagram photo to commemorate the occasion. Fans were touched by her message to first responders and essential workers in the caption of the post, but it was her drastically different new look that really had people talking. It’s very rare for Adele to share photos of herself, so fans were stunned to see how much weight she has lost. In the pic, she wore a little black dress, which put her thin frame and toned legs on full display. The Internet blew up over how unrecognizable and gorgeous Adele looked in the pic. In 2019, it was estimated that she had lost 100 pounds, and we’ve sporadically seen photos of her in the months since. However, her new snaps in 2020 really proved just how much of a change she had made. 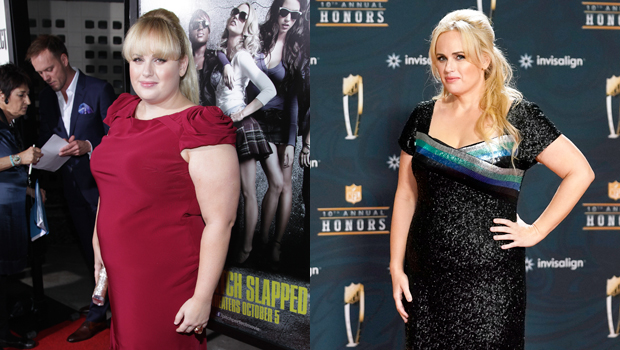 In 2020, actress Rebel Wilson dropped 60 pounds amid her “Year of Health”. The Aussie starlet opened up in an interview in February 2021 about how she stuck to her health, wellness and lifestyle goals. “I would often go on little diets and things and try to lose a few pounds here and there… This is the first time I haven’t gained any weight back,” she told Extra. “It was different this time, I think because I approached it from all areas … the biggest thing that I haven’t ever worked on was the emotional side, what I suffered from, I guess, as classical emotional eating … The one biggest thing is just walking … I got all these high-tech tests done on me during my year of health. They said that walking was actually the best way for me to lose unnecessary body fat.” As part of her routine, the How To Be Single actress also worked on her endurance with trainer Gunnar Peterson.

Tekashi 6ix9ine, 24, proudly displayed his body transformation, sharing several pics and videos, including a shirtless snap of himself on Feb. 24. The rapper revealed he lost 60 lbs. amid making time to “focus” on himself after “going through a lot.” He wrote, “SO the real reason I LEFT Instagram and MUSIC for 6 months is because in September I was the biggest I ever got .. I weighed 204 pounds and I was kinda going through a lot in life and I was just constantly eating and eating. I told myself to put the music to the side and focus on myself and here I am today 60 pounds lighter at 140 … ALL THIS TO SAY … – IN LIFE everyone needs a break, in the chaos of everything that is going on in your life.” 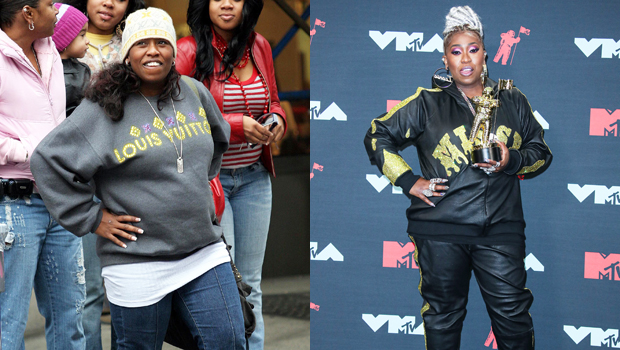 Missy Elliott, 49, opened up about her major weight loss in 2019, crediting the change to going four months without soda and bread. The rapper took to Instagram, writing, “Proudly to say it’s been 4 months I have only drank water no other juices or soda & I cut out bread & Lord knows that’s been the hardest for me. See I’ve NEVER been a water drinker but this have helped my skin. it really restore glow back & I don’t feel sluggish.” Fans were so happy to hear that she was feeling better than ever! 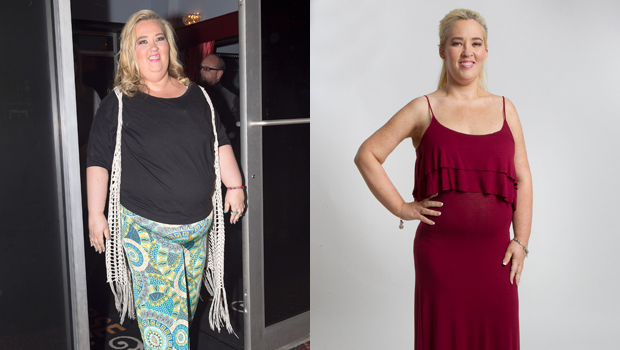 Reality star Mama June Shannon has been on the TV screen for years, and her health journey was detailed on the show Mama June: Family Crisis. The troubled reality star not only overhauled her lifestyle, but also had surgery to aid in her weight loss. Despite some legal woes, and run ins with the law related to drug use, Mama June has been trying to get her life back on track. In 2020, she was spotted channeling Marilyn Monroe and showing off her impressive weight loss in a swimsuit! 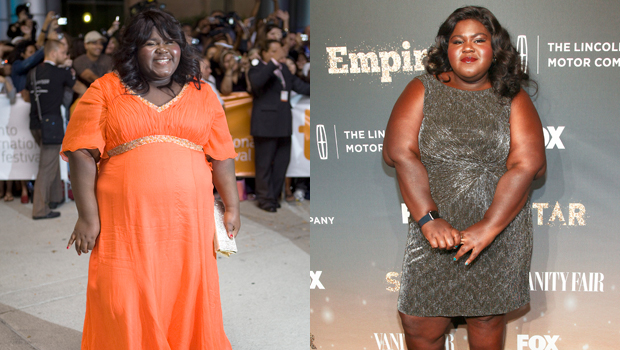 Oscar nominated actress Gabourey Sidibe underwent a major transformation a few years ago, revealing she secretly had gastric sleeve surgery in hopes she could save her own life. “After eleven years of saying, ‘Surgery will be the last resort,’ I was finally here. At my last resort,” Gabourey wrote in her memoir, “This Is Just My Face: Try Not To Stare”. She also revealed that she would often get mad at herself and her body, but that she was trying hard to change her mindset. In a 2021 interview on on Taraji P. Henson‘s Facebook Watch show Peace of Mind with Taraji, the actress also opened up about her mental health struggles and battle with bulimia. She said it wasn’t just for “skinny girls” and that it became a “control” mechanism to taper her mental health struggles. Nevertheless, Gabourey is feeling better about herself than ever, and is looking forward to marrying her boyfriend Brandon Frankel. 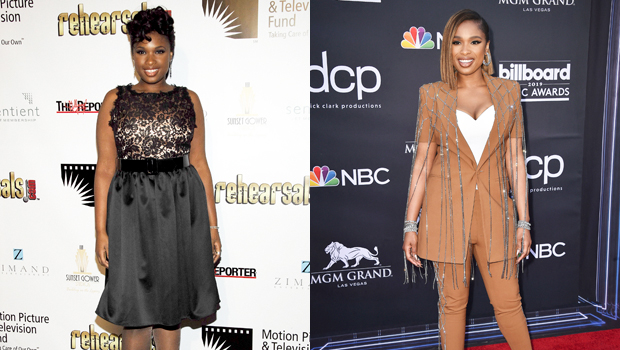 Jennifer Hudson got her start on American Idol in 2004, and has since become one of the world’s most renowned music powerhouses. During an interview on the British talk show Lorraine in 2017, Jennifer revealed how she dropped 80 pounds and 10 dress sizes. “I don’t really have time to do much [working out], so I really just watch what I eat,” she said. “I’m very careful and cautious of what I’m eating, so I just try to pace those meals throughout the day. Like, okay, eat here, don’t eat here. When it’s early in the morning, I say, okay, I would’ve been asleep … so I’m not going to eat. I’m very conscious of what I put in my body.” The singer said she also focuses on portion control, but doesn’t deprive herself of food she really wants to eat!