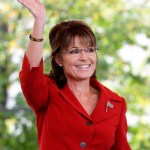 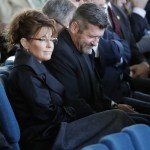 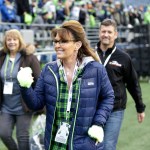 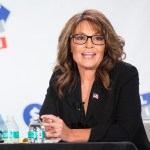 Bio:
Sarah Palin (born February 11, 1964 in Sandpoint, Idaho) is an American politician. Sarah was the governor of Alaska from 2006 to 2009. She came into the public eye though as the Republican nominee for Vice President in the 2008 presidential election alongside John McCain. She was the first Alaskan on the national ticket of a major party, and the first woman to ever be nominated for Vice President. After John McCain lost the election to Barack Obama in 2008, and Sarah stepped down as Alaska’s governor in 2009, she has maintained her public image by providing political commentary on FOX News, having a reality show called Sarah Palin’s Alaska on TLC, and writing a book titled Going Rogue, which sold over 2 million copies.

Best Known For:
Sarah Palin is best known for being the Republican nominee for Vice President in the 2008 presidential election.

Personal Life:
Sarah Palin was born in Idaho, but when she was just a few months old her family moved to Skagway, Alaska. Sarah attended college at the University of Hawaii at Hilo, Hawaii Pacific University, and North Idaho College. Sarah married her high school sweetheart, Todd Palin in 1988. They have five children together — Track, Bristol, Willow, Piper, and Trig. Her youngest song Trig was prenatally diagnosed with Down syndrome.

Sarah Palin and Ron Dugay aren’t shying away from PDA anymore as the couple was spotted holding hands just after the NHL player confirmed they were dating.

The comedian signed off of ‘The View’ for the week with a message for anyone who might run into the former Alaska governor!

Meghan McCain went in on Sarah Palin, who ate at a NYC restaurant after testing positive for COVID, and said ‘this is why she shouldn’t be in politics anymore.’

The restaurant where Sarah Palin ate on Jan. 22 said it was a ‘mistake’ to seat the unvaccinated politician. Sarah then returned and ate there again on Jan. 26 after testing positive for the virus.

The former Alaska governor accused the New York congresswoman of avoiding accountability in a bizarre interview with Fox News.