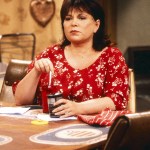 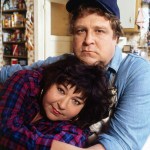 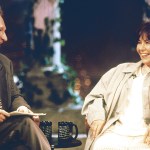 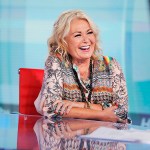 Bio:
Roseanne Barr (born Roseanne Cherri Barr on November 3, 1952 in Salt Lake City, Utah) is an American comedian, actress, writer, television producer and director. She was also a 2012 presidential nominee of the California-based Peace and Freedom Party. Although she started in stand-up comedy, Roseanne made it big with her hit sitcom Roseanne, which won her an Emmy and a Golden Globe for Best Actress. The show ran for nine seasons, and she moved onto The Roseanne Show, Roseanne’s Nuts, and a stand-up comedy tour when it ended. But in 2018, an eight-episode revival of the sitcom aired that was canceled prematurely due to a racist tweet about Valerie Jarrett. This wasn’t the first time Roseanne had faced controversy. In 2009, she dressed up as Adolf Hitler for a photo shoot, and in 1990, she imitated baseball players by spitting and grabbing her crotch during a “The Star-Spangled Banner” performance.

Best Known For:
She is best known for her own sitcom Roseanne, which lasted from 1988 to 1997. It was revived in 2018 and canceled that same year.

Personal Life:
Roseanne was born to a working-class Jewish family and is the oldest of four children. She had a child, Brandi Ann Brown, at 17 who she gave up for adoption. Roseanne then went on to marry motel clerk Bill Pentland in 1974 and have three children – Jessica, Jennifer and Jake. Four days after they were divorced in 1990, she married comedian Tom Arnold. They divorced in 1994, and Roseanne married security guard Ben Thomas a year later. They had a son together named Buck. She and Ben stayed together until 2002.

Roseanne Barr took to Instagram to share a series of pics of her enthusiastically posing outside in a black swimsuit and mentioned newly single Kanye West in the caption.

Scott Baio called out Wanda Sykes for supporting Joe Biden, after the presidential candidate’s recent comments about African American voters. Baio slammed Sykes as a ‘hypocrite’ after she quit ‘Roseanne’ in 2018 over Barr’s past racist tweets.

Sara Gilbert didn’t miss Roseanne Barr’s snub in ‘The Washington Post,’ where the former sitcom star accused her TV daughter of destroying her ‘life’ and their old sitcom. Here’s how she’ll address the accusation.

‘The Conners’ minus fired Roseanne Barr is one risky prospect. We’ve got details on how ABC execs are afraid the show will fail without its longtime lead character.

Less than one week after ‘Roseanne’s cancellation following Roseanne Barr’s racist remarks, Sara Gilbert returned to her show, ‘The Talk,’ to open up about the controversy and ABC’s decision. Here’s what she said.

Roseanne Barr lashed out at her TV kids after ‘Roseanne’s cancellation. She slammed Michael Fishman for throwing her ‘under the bus’ and blasted Sara Gilbert’s diss as ‘unreal.’

Roseanne crossed a line on May 29th when she compared former Obama advisor Valerie Jarrett to an ‘ape’ in a wildly, racist tweet. Here’s everything you should know about civic leader in light of the scandal.