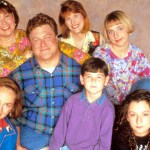 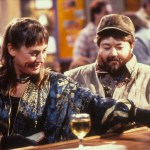 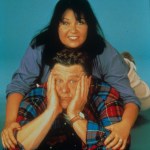 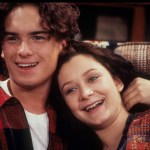 Roseanne Barr apologized on Twitter for insulting Obama-era advisor Valerie Jarrett in a racially-charged attack. The tweet was enough to make one star leave the show, and many now want it canceled altogether.

UPDATE: Roseanne has been canceled by ABC. The network’s president Channing Dungey released a statement, saying, “Roseanne’s Twitter statement is abhorrent, repugnant, and inconsistent with our values, and we have decided to cancel her show.”

Roseanne star Sara Gilbert also tweeted that, “Roseanne’s recent comments about Valerie Jarrett, and so much more, are abhorrent and do not reflect the beliefs of our cast and crew or anyone associated with our show. I am disappointed in her actions to say the least.”

ORIGINAL: Roseanne Barr has tweeted an apology to Valerie Jarrett for a racist “bad joke” she made about the Obama-era advisor, who is black and was born in Iran. “I apologize to Valerie Jarrett and to all Americans. I am truly sorry for making a bad joke about her politics and her looks. I should have known better. Forgive me-my joke was in bad taste,” she wrote on Twitter. “I apologize, I am now leaving Twitter.”

It’s unclear if Roseanne means she’s leaving Twitter permanently after her bizarre attack on Valerie, which has since been deleted. “Muslim brotherhood & planet of the apes had a baby=vj,” Roseanne wrote, using Valerie’s initials. The Muslim Brotherhood is a volatile Islamic group. Her vicious tweet was in response to a tweet which accused Valerie of allegedly helping “hide” the misdeeds of former President Barack Obama‘s administration.

Roseanne’s apology was not enough for the many disgusted by the racist attack. Roseanne consulting producer Wanda Sykes announced that she’s quitting the show because of it, tweeting, “I will not be returning to @RoseanneOnABC.” It was announced just 11 days ago that she was signed on for season 2. Some fans want Roseanne canceled altogether. One (former fan) tweeted that, “ABC should replace it with a Wanda Sykes show”. Okay, that would be awesome.

Another ex-fan suggested that everyone should boycott Roseanne‘s sponsors, much like what happened with Fox News’ Laura Ingraham after she lashed out at the Parkland shooting survivors: “Boycott them all!! Roseanne advertisers include Subway, Outback Steakhouse, Pepsi, Ashley Furniture Industries, Lyrica, Pfizer, Haribo, Samsung, and Microsoft. Additional advertisers reportedly include Mitsubishi, Intuit/Quickbooks, Verizon, Coke, and JCPenney.”

Whether or not Roseanne will be canceled or if the actual Roseanne will face any penalty from the network for the tweet is up in the air. And so is her promise to leave Twitter. We’ll keep you updated.