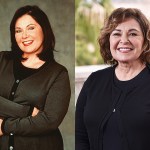 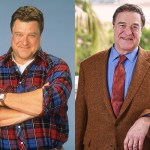 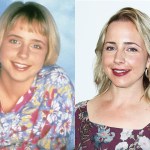 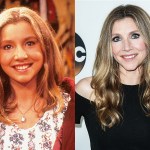 Less than one week after ‘Roseanne’s cancellation following Roseanne Barr’s racist remarks, Sara Gilbert returned to her show, ‘The Talk,’ to open up about the controversy and ABC’s decision. Here’s what she said.

Here she goes! “I would like to say that this has been a very difficult week,” explained Sara Gilbert on The Talk on June 4th. “A lot of people have been hurt by this. I will say I’m proud of the show we made. [Roseanne] has laways been about diversity, love and inclusion, and it’s sad to see it end this way. I’m sad for the people who lost their jobs in the process. However, I do stand behind the decision that ABC made.” The Talk was on hiatus during the Roseanne controversy, but returned on June 4 by diving right into the controversy surrounding the ABC show’s star, Roseanne Barr.

Roseanne made headlines early last week after making racist comments about Valerie Jarrett on Twitter. Considering that it was Sara who worked tirelessly to get Roseanne back on the air for a reboot to begin with, she was clearly distraught to see the whole project end this way, especially after it had juts recently gotten picked up for a second season. As for rumors that the show will continue on with Sara’s character Darlene at the forefront, the actress did not comment. Instead, the ladies of The Talk quickly moved onto their next topic of discussion.

Honestly, no one can blame Sara for being more than a little frustrated over how things have turned out. Besides the fact that Sara was the one to bring the show back to life to begin with, she was also one of the first cast members to call out Roseanne after she made her racist remark. “This is incredibly sad and difficult for all of us,” she tweeted on May 29,  “as we’ve created a show that we believe in, are proud of, and that audiences love— one that is separate and apart from the opinions and words of one cast member.”

Her tweet was met with support from Hollywood, but anger from Roseanne herself, who quickly called out her on-screen daughter, and son Michael Fishman, for “throwing her under the bus” over her mistakes. Still, after days of Twitter ranting, Roseanne finally came to semi-apologize to them both. “To Michael Fishman and Sara Gilbert: I forgive u both, love u both, just wish u could have called me personally 2 talk rather than do it in a public arena. I understand, tho. It’s ok. ” Considering all that’s happened, the one thing that Sara and Roseanne most likely agree on is that none of what’s happened over the last week is ‘ok’. Far from it.