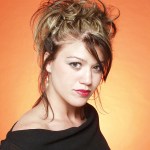 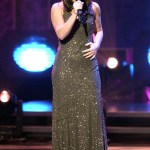 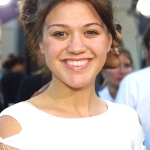 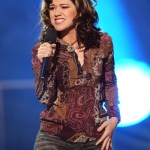 Bio:
Kelly Clarkson (born Kelly Brianne Clarkson on April 24, 1982 in Forth Worth, Texas) is an American singer and actress. She got her start in music by winning the first season of American Idol in 2002, and went on to release her first album Thankful in 2003. Breakaway in 2004, My December in 2007, All I Ever Wanted in 2009, Stronger in 2011, Wrapped in Red in 201, Piece by Piece in 2015 and Meaning of Life in 2017. With over 25 million albums sold, Kelly has won three Grammy Awards, three MTV Video Music Awards and three American Music Awards. She published a children’s book in 2016 based on her daughter River Rose, and in 2017 she joined The Voice as a coach and tried her hand at voice acting in The Star.

Best Known For:
Kelly is best known for winning the first season of American Idol.

Personal Life:
Though her love life has mostly been kept secret, Kelly became engaged to boyfriend Brandon Blackstock, who happens to be Reba McEntire‘s nephew, in December 2012. The two married in Oct. 2013, and Kelly gave birth to their first child, a daughter, in June 2014, and their second, a son named Remington Alexander, in April 2016.

Nearly two weeks after the music world lost Loretta Lynn, Kelly Clarkson paid homage to the country icon by covering one of her trademark hits — with the help of Dwayne Johnson!

The singer was joined by the original trio of ‘American Idol’ judges. Kelly won the singing competition 20 years ago.

Ahead of her televised hosting gig at the 2022 ACM Honors, Carly Pearce dished to us EXCLUSIVELY about her upcoming song with Kelsea Ballerini and Kelly Clarkson.

What’s better than Dolly Parton singing ‘9 to 5’? How about Kelly Clarkson jumping in to make Dolly’s iconic anthem a powerful duet?

Nearly two years after Kelly Clarkson split from Brandon Blackstock, the entertainment icon said she had a blast spending her summer vacation with her kids – and her ex!

Kelly Clarkson opened up about her ‘huge divorce’ in a new interview and revealed how it’s impacted her singing and songwriting career.

Despite recently being called out by Britney Spears, Kelly Clarkson covered the singer’s hit ‘Womanizer’ for Kellyoke on the June 15 episode of her talk show.