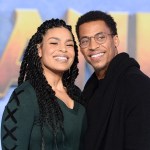 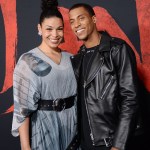 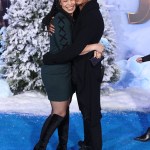 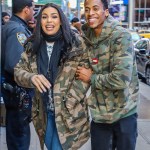 Bio:
Jordin Sparks (born Jordin Brianna Sparks in Phoenix, Arizona on December 22, 1989) rose to fame when she won American Idol season six in 2007. Following the show, she released her first album, Jordin Sparks, which created hits like “No Air,” featuring Chris Brown and “Tattoo.” In 2009, she released her second album, Battlefield. That same year, she began taking on TV roles in shows like Big Time Rush and The Suite Life on Deck. In 2012, she starred on the big screen for the first time in Sparkle and The Inevitable Defeat of Mister & Pete. Jordin is set to release her next album in Fall 2014.

Personal Life:
Jordin Sparks’ father Phillippi Sparks is a former NFL player, who was a defensive back for the NY Giants. Jordin met Jason Derulo in 2011 and the couple publicly confirmed their relationship in early 2012. While they frequently raved over each other, he unfortunately called it quits and broke up with her in September 2014. On Nov. 14, 2017, Jordin revealed that she had secretly married Dana Isaiah after just four months of dating in July 2017. She also announced she was pregnant with their first child together.

Jordin Sparks spoke to HL about what to expect from her Macy’s Thanksgiving Day Parade performance!

No trouble in paradise here! Jordin Sparks’ hubby shut down rumors that the pair had split, after a posting a cryptic tweet.

This is just so heartbreaking! Singer Jordin Sparks is in mourning after her 51-year-old stepfather James Jackson died from a sudden stroke.

Last year, Jordin Sparks celebrated Christmas with a baby in her belly — but this year, little DJ is here! The new mom opened up to HL EXCLUSIVELY about her family’s holiday plans.

Could it be? Jordin and Isaiah welcomed a baby boy in May — and we’ve got all of the EXCLUSIVE details on when they’ll be expanding to a family of four.

Kylie Jenner is already such an amazing mom & she’s only 20 years old! Check out all of the hottest celebrity moms who are still in their 20s!

So heartbreaking! Jordin Sparks is mourning the loss of her beloved step-sister who died at just 16-years-old from Sickle cell anemia complications.