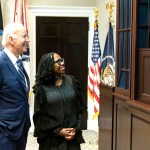 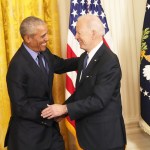 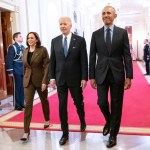 Joe Biden (born Joseph Robinette Biden Jr. in Scranton, Pennsylvania on November 20, 1942) is the current President of the United States of America. Born in Scranton, Pennsylvania, but raised in Delaware, Joe Biden has spent a life in service to his country. From his humble beginnings on the New Castle County Council to his lengthy tenure in the U.S. Senate to 2021, when he became the 46th President of the United States, Joe Biden has maintained a frank honesty about him, and an everyman appeal that has resonated with voters.

Joe Biden grew up in Delaware, graduating from Archmere Academy in Claymont in 1961. He attended the University of Delaware in Newark, before achieving his legal degree from Syracuse University. As with most who study the law, a career in politics came calling. He ran and won a seat on the New Castle County Council in 1971. He served until 1973. From there, he began his tenure as U.S. Senator, having defeated incumbent J. Caleb Boggs in 1972. Biden would remain a fixture in the senate for almost 40 years. During that time, he attempted a presidential campaign in 1988, but a plagiarism scandal sunk his ambitions. He eventually found himself in the White House in 2009, as the Vice President to then-President Barack Obama. Biden faithfully served the duties of the Vice President until the end of Obama’s second term. There was talk that Joe would join the 2016 Presidential race, but he stayed out. Instead, the Democratic nomination came down between Hillary Clinton and Bernie Sanders, with the former Secretary of State winning the nod. Hillary ultimately lost to Donald Trump (though she received 3 million more votes than him.) After four years of Donald Trump, and what seemed to be a frantic mess of people throwing their hat in the ring, Biden declared himself a candidate for the 2020 election. Joe won the Democratic Party’s nomination and defeated Trump in the 2020 election. Though Trump claimed election fraud, no evidence was presented. Joe Biden was sworn in as President on Jan. 20, 2021, one week after a violent, pro-Trump mob stormed the Capitol building in Washington D.C. For his role in inciting this mob, Donald Trump was impeached for a second time.

Joe Biden was married to Neilia Hunter from 1966-1972. The pair had three children together. Hunter and their one-year-old daughter were killed in a car accident in 1972. Their other two children were injured in the crash, but recovered. Biden remained a single father for five years. During this time, he famously commuted from Delaware to Washington D.C. via Amtrak train, earning him the nickname “Amtrak Joe.” He is currently married to Dr. Jill Biden (née Jacobs), whom he wed in 1977. The pair have one daughter together. Joe’s son, Beau Biden, passed away from brain cancer on May 30, 2015.

The Bidens’ precious new feline, named Willow, is the first cat to reside at the White House since George W. Bush’s presidency over a decade ago.

Joe Biden may have thought his mic was off, but it certainly wasn’t as he can clearly be heard calling Fox’s Peter Doocy a ‘stupid son of a b****.’

Hunter Biden’s ex-wife detailed her upcoming memoir ‘If We Break,’ which will speak about her former husband’s battles with addiction and their marriage.

Ex-President Donald Trump fired back, after Joe Biden called him out for threatening American Democracy in his January 6 anniversary speech.

President Joe Biden called out ex President Donald Trump for spreading the Big Lie about the 2020 election and his inaction during the January 6 insurrection.

President Joe Biden and his wife took a stroll with their adorable new puppy, Commander, on the beach in his home state of Delaware.