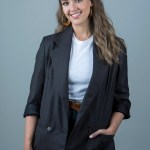 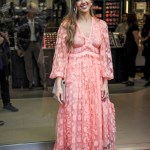 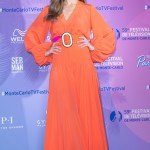 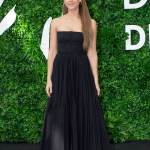 Bio:
Jessica Alba (born Jessica Marie Alba on April 28, 1981 in Pomona, California) is an American actress, model and businesswoman. She started her acting career at 13 years old, landing appearances in Camp Nowhere and The Secret World of Alex Mack. When she was 19, she became the lead actress in television series Dark Angel, which kickstarted her career into landing appearances in films Sin City, Fantastic Four: Rise of the Silver Surfer and Good Luck Chuck. Her pop culture presence has also been widely received, making Maxim‘s “Hot 100” section, AskMen.com’s list of “99 Most Desirable Women,” and TV Guide’s 50 Sexiest Stars Of All Time list. Her film roles later in her career include Fantastic Four, Good Luck Chuck, Valentine’s Day, Little Fockers, and Sin City: A Dame to Kill For. Jessica has been nominated for Teen Choice awards and a Golden Globe.

Best Known For:
Jessica is best known for her role in Sin City and for her active pop culture/modeling presence, as well as her billion-dollar company, The Honest Company.

Personal Life:
Jessica married Cash Warren in 2008, after meeting on the set of Fantastic Four in 2004. They have two daughters together, Honor Marie Warren (born 2008) and Haven Garner Warner (born 2011). On New Years Eve, 2017, Jessica and Cash welcomed their first son, Hayes Alba Warren. Jessica is very philanthropic and is active in a number of charities, including Habitat for Humanity, National Center for Missing and Exploited Children, and Baby2Baby. She is an open Democrat and was been a stronger supporter of Barack Obama. Jessica launched her own company, The Honest Company, in 2011, which is a consumer goods company focused on household products to supply the marketplace for ethical consumerism.

Kylie Jenner took New York Fashion Week by storm, but her bodyguards did some storming of their own. They body-checked Jessica Alba while she was exiting a show, and now the ‘KUWTK’ star is making up for their misdeeds.
Jessica Alba, 34, is showing off the sweet gesture Kylie Jenner, 18, made after her bodyguards got rough with the actress/businesswoman at a New York Fashion Week show. There’s nothing like a beautiful floral arrangement to mend fences!

She’s still got it! Even after giving birth to two beautiful little girls, Jessica Alba has an enviable bikini-ready figure. The actress helped ‘Entertainment Weekly’ kick off summer by posing for their May 30 cover issue.
Jessica Alba, 33, is one hot mama! It’s been just two years since Jessica gave birth to her youngest daughter, Haven, but her fit body looks like she never gave birth at all. If only we could all be as gorgeous as Jessica!

Jessica was walking around NYC on May 6 and accidentally showed off a little too much when she was taking off one of her many layers. Do you think this was intentional or a total wardrobe malfunction?Jessica Alba is in the spotlight nonstop! You’d assume she’d think twice before stepping out of the house in something that could turn into a fashion disaster, right? The mom-of-two showed onlookers a little too much when walking her daughters around Soho.

The actress debuted her super thick brows at Paris Fashion Week on March 4. Do you love the look? We’ll tell you how to get the trend below!
Jessica Alba, 31, is one of the most beautiful women in the world and we think her bold brows really suit her gorgeous face! Celebrity brow artist Sania Vucetaj fills us in on how to get Jessica’s trendy look!

Jessica says she’s the strict parent because she used to be a naughty kid herself!
Posing for a photo shoot styled by Brad Goreski and featuring cute kids’ line 77kids by American Eagle, Jessica Alba appears on the April cover of Parenting magazine and reveals her parenting techniques with daughters Honor and Haven! “I’m the disciplinarian,” she admits. “I think it’s because I was kind of a naughty kid myself: I’d push my parents’ buttons and test them to see how much I could get away with.”

From the heavy resters to the cat nappers, see how long these stars rest up each night!
It seems like every parent can always use more rest and celebrities are no different. Although some stars are able to catch enough shut-eye, others are just as sleep-deprived as we are. Some of Hollywood’s hottest parents revealed to People the amount of sleep they really get! And it’s surprising…