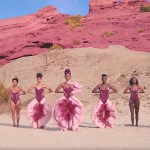 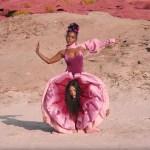 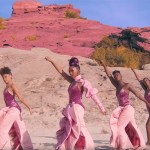 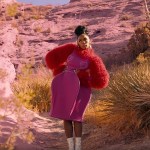 Bio:
Janelle Monáe (born Janelle Monáe Robinson in Kansas City, Kansas on December 1, 1985) is an R&B musician, record producer and composer. She released her first official full-length album The ArchAndroid in 2010, followed by The Electric Lady in 2013. She is also featured on fun.’s “We Are Young,” which reached no. 1 on the Billboard Hot 100 chart, and has been nominated for six Grammy awards. Her third studio album Dirty Computer is due in April 2018.

Best Known For:
Janelle Monáe is best known for songs like “Yoga” and “Make Me Feel.”

Personal Life:
Janelle Monáe has never spoken publicly about her sexual preferences, except that she “only dates androids” and would inform the public on her choices “in due time.”

We love Janelle Monae’s new look! The singer took to Instagram to share a snap of her new, shorter hair which was dyed bright orange.

Janelle Monáe looked like a work of art as she recreated ‘The Birth of Venus’ by Sandro Botticelli. The actress and singer spoke candidly to Shape Magazine about her current activism work and upcoming film!

Since coming out as pansexual, Janelle Monáe has been ‘honored’ to ‘fight the good fight’ for the LGBTQIA+ community – and that includes portraying an interracial queer relationship on Amazon’s ‘Homecoming.’

On Census Day, April 1, stars like Selena Gomez, Tom Hanks, Janelle Monáe, and Faith Hill teamed up to tell YOU how important it is to fill out your 2020 Census! Watch the new When We All Vote vid.

We’re less than a year away from the 2020 presidential election, and Michelle Obama wants to get YOU registered to vote. HollywoodLife is partnering with the former First Lady and so is an army full of stars.

Hats off to Janelle Monae!  The singer stepped onto the red carpet at fashion’s biggest night in an outfit that took the ‘campy’ theme to the next level.

Pride Month just keeps giving! Tessa Thompson revealed she’s ‘attracted to men and women,’ while confirming that she and Janelle Monae are ‘deeply in love.’ Get the details!