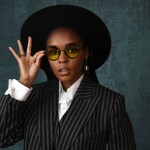 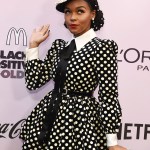 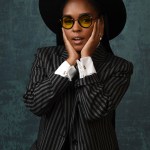 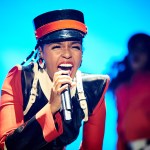 We love Janelle Monae’s new look! The singer took to Instagram to share a snap of her new, shorter hair which was dyed bright orange.

Janelle Monáe is a total style icon, and her new look is so chic. The 34-year-old took to Instagram on September 3 to offer fans the first glimpse at her latest hair makeover! The carousel post, which featured two selfies, showed the Hidden Figures actress rocking a blue suit with oversized clear shades. She looked down at the camera, and showed off her bouncy, bright orange curls, which had been cut into a much shorter ‘do than she usually rocks!

The Grammy-nominated singer captioned the post with a single red fox emoji, as looked incredibly fierce in the second selfie. Still wearing her bright blue power suit, Janelle stepped outside and took a selfie with the sun burning bright behind her. She rocked one long hold earring, and showed off her impeccable makeup look, which included a dramatic wing.

Fans couldn’t believe how incredible Janelle’s new ‘do looked, especially since she usually rocks super long, brunette locks. “This hair thoooo,” one follower wrote, while another commented, “Whew!!!! This hair!!!”

The Moonlight star most recently appeared on the cover of Shape Magazine‘s September issue and looked stunning as per usual. Among the snaps, one pic stood out as she recreated The Birth of Venus painting by 15th-century artist Sandro Botticelli. She also opened up about her art, and her efforts in activism along with her flourishing career on the screen and in music.

“Being Black, especially during this time, for me, is heavy,” Janelle said. “It’s traumatic, and all I want to do is figure out how I can be of help to my community.” During the coronavirus pandemic, Janelle has been hosting Zoom meetings via her company, Wondaland Arts Society, and inviting constructive conversations from “white folks, Asian folks, Black folks, straight, gay—like a full spectrum of people and perspectives.”