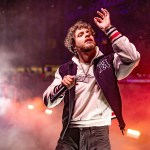 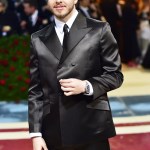 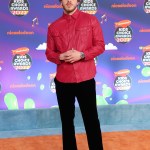 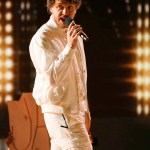 Bio:
Jack Harlow (born Jackman Thomas Harlow on March 13, 1998 in Louisville, Kentucky) is an American rapper. He began rapping when he was 12 years old and became heavily involved in his local underground hip-hop scene in high school. He dropped his first EP, titled Handsome Harlow, in 2015, which was followed by a mixtape titled 18 the next year. Yet another mixtape, Gazebo, came in 2017. By then, Jack was touring and quickly maturing as an artist and growing a fanbase. By 2018, he signed with Atlantic Records’ sublabel Generation Now. The imprint released the rising star’s 2018 mixtape Loose, which allowed him to work with other rap and hip-hop artists. Another EP, named Confetti, followed in 2019. The year 2020 saw Jack’s star skyrocket. He scored his first No. 1 on the Billboard Hot R&B Songs chart with “What’s Poppin”, which was off his 2020 EP Sweet Action. Finally, in Dec. 2020, Jack released his debut full-length album, That’s What They All Say. Some of the biggest stars in the rap world made appearances on the album, including Bryson Tiller, Lil Baby, and Lil Wayne. The album reached the No. 5 spot on the Billboard 200 chart. In 2021, Jack was nominated for a Grammy alongside Lil Nas X for their hit “Industry Baby.” In May 2022, Jack released his sophomore album, Come Home the Kids Miss You. The project, which welcomed a star-studded lineup of features from Drake, Justin Timberlake, Lil Wayne, and Pharrell Williams, found its way to the No. 2 spot on Billboard’s Top R&B/Hip-Hop Albums chart. It included “First Class”, a TikTok-viral song that debuted at the top of Billboard’s Hot 100 chart.

Best Known For:
Jack Harlow is best known for being the rapper who remixed Fergie’s “Glamorous” into his own hit, “First Class.”

Personal Life:
Jack Harlow was born to Maggie and Brian Harlow and was raised on a horse farm in Shelbyville. He has a younger brother, Clay Harlow. Jack has been linked to Addison Rae and Saweetie, but no relationship was ever confirmed. In a 2021 interview, he admitted dating as an up-and-coming star is difficult. “I love women and dating is good. It’s funny, the bigger you get the more opportunities you have. But, ironically enough, you close up a little as the stakes are high,” he told GQ. “There’s also a stigma around it. I remember when I was younger and seeing artists bigger than me talking about how there were girls that wanted him just because he was a rapper. I thought that was so cool. I couldn’t wait till girls wanted me just because I became an artist.”

Just days after the news broke regarding singer Dua Lipa’s reported romance with rapper Jack Harlow, an insider EXCLUSIVELY tells HL that the two are a good ‘match’.

Following a blip of a dating stint with Trevor Noah, the songstress is reportedly well on her way to a romance with Jack Harlow!

As the AA group discussed a potential new Pixar film, Tom Hanks — who played Woody in the Pixar produced ‘Toy Story’ films — made an unexpected appearance!

Jack Harlow turned Studio 8H into his own love oasis as he rapped to his ‘eye candy’ on stage with two back-to-back jams.

The 2022 MTV Video Music Awards promise to deliver some unforgettable moments and even more spectacular performances, so find out who’ll hit the stage for the Aug. 28 show.