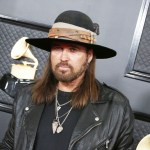 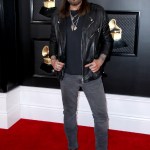 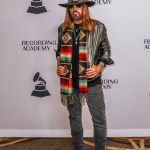 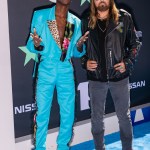 Lil Nas X is making headlines for his hit ‘Old Town Road,’ which was controversially taken off the country music charts after being deemed ‘not country enough.’ Now, he’s collaborated with Billy Ray Cyrus for the remix.

A viral debate sparked after Lil Nas X’s song, “Old Town Road,” was kicked off the Billboard country music charts in March. “Upon further review, it was determined that “Old Town Road” by Lil Nas X does not currently merit inclusion on Billboard’ country charts,” the publication said in a statement. “When determining genres, a few factors are examined, but first and foremost is musical composition. While “Old Town Road” incorporates references to country and cowboy imagery, it does not embrace enough elements of today’s country music to chart in its current version.” This decision was controversial, with critic claiming that there is not enough creative license given to black artists. Here’s more to know about Lil Nas X.

1. Billy Ray Cyrus has been his NO. 1 supporter. After news broke that Lil Nas X’s song had been taken off the country charts, he received a tweet from Billy Ray Cyrus that read, “Been watching everything going on with OTR. When I got thrown off the charts, Waylon Jennings said to me, ‘Take this as a compliment,’ means you’re oding something great! Only Outlaws are outlawed. Welcome to the club!” Billy Ray then went onto record a remix of “Old Town Road” with Lil Nas X, which they released on April 5. Lil Nas X has also received public support from stars like Miley Cyrus and Justin Bieber.

2. He’s got some famous fans. In addition to finding himself a fan in Billy Ray, the musician has been co-signed by the likes of Florida Georgia Line singer Brian Kelley, who shared a photo to social media while listening to the viral track. “Big Mood,” he wrote at the time.

4. He has a record deal. Lil Nas X was signed to Columbia Records at the end of March 2019. “I saw this guy’s picture on Instagram, and something told me to scroll back down,” he explained in the Time interview. “I didn’t know who he was at the time, and I wanted to see his hair in the picture, for some reason. Then I read the message and found out it was [Columbia CEO] Ron Perry. I got on a call with him and told him about why I didn’t want to sign [to any label]. He told me his vision for me — and he pretty much sa everything how I saw it, in a way. It was a surreal moment. I was allowed creative control, too.”

5. His parents didn’t always support his rap career. Lil Nas X dropped out of college to pursue his music career, which did not thrill his parents at first. “My dad initially was like…there’s a million rappers in this industry,” Lil Nas X admitted to Time. “They wanted me to go back to school.” For awhile, Lil Nas X was living at his sister’s house and sleeping on the floor for just a few hours a night because he knew his parents were mad at him.