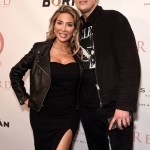 Best Known For:
Farrah Abraham is best known for her appearance on MTV’s first installment of Teen Mom.

Personal Life:
Farrah Abraham welcomed her daughter, Sophia Abraham, on Feb. 12, 2009. Sophia’s dad was Farrah’s high school boyfriend, Derek Underwood, who tragically died in a car accident when Farrah was 6 months pregnant. She was arrested in June 2018 after allegedly hitting an employee at a Beverly Hills hotel.

The new season of ‘Teen Mom: Girls’ Night In’ kicks off on Oct. 25, and HollywoodLife has the EXCLUSIVE first look!

Farrah Abraham faces one year in prison and a $2000 fine after she allegedly slapped a security guard in LA earlier this year.

Farrah Abraham showed off her fabulous figure when she rocked a tiny pink metallic bikini while on the beach in Hawaii.

The ‘Teen Mom’ star was open with her fans, when she explained that she’d be spending 28 days addressing the traumas she’s faced in the past year.

Farrah Abraham defends her decision to allow her 13-year-old daughter Sophia to get a septum piercing, maintaining it was ‘professionally done, legally done’ and she would allow her to get more.

Welcome to Farrah-dise! The controversial ‘Teen Mom OG’ alum joined her former co-stars during the Feb. 1 episode of ‘Family Reunion’.