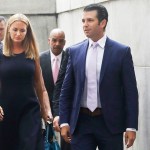 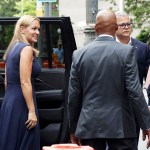 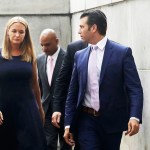 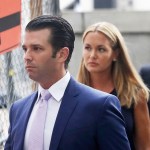 Bio:
Donald Trump Jr. (born December 21, 1977 in New York, New York) is an American businessman. As the first son of Donald Trump, Donald Jr. has filled the position as EVP of The Trump Organization. Donald Jr. appeared on a number of The Apprentice episodes from season 5 to season 14 as a judge. He was a delegate at the 2016 Republican National Convention and was given the honor to announce his father as the 2016 Republican Presidential Nominee. Since his father has served as president, the administration has been plagued with controversy. In July 2017, Donald Trump Jr. was pulled into the chaos when it was revealed by the New York Times that he took a meeting with a Kremlin-associated Russian lawyer before the election to gather damning information about Hillary Clinton. The NYT also reported that DTJ was told in an email that Russia was attempting to aid the Trump campaign and ensure Hillary did not win the presidency.

Best Known For:
Donald Trump Jr. is best known as the son of Donald Trump.

Personal Life:
Donald Jr. is the older brother to Ivanka Trump and Eric Trump. He is also the step-brother to Tiffany Trump and Barron Trump. He graduated from UPenn Wharton with an Economics degree and is fluent in Czech. On November 12, 2005, Donald Jr. married Vanessa Haydon at the Trump Mar-a-Lago estate in Palm Beach, FL. The couple has five children together: Kai Madison (2007), Donald John III (2009), Tristan Milos (2011), Spencer Frederick (2012) and Chloe Sophia (2014). Vanessa filed for divorce from Donald in March 2018. Days later, it was reported that Don Jr. allegedly had an affair with Aubrey O’Day while Vanessa was pregnant with their third child in 2011 and 2012.

Donald Trump Jr. and Kimberly Guilfoyle are going strong! The couple was spotted on another date night in NYC this week, and Kimberly rocked a pretty sexy ensemble for the outing. See pics here!

Chrissy Teigen is at it again, tearing into the Trumps on Twitter. This time, she went after Don Jr. and Kimberly Guilfoyle, saying they looks less human than the androids in ‘Westworld.’

Amidst rumors that he’s engaged to Kimberly Guilfoyle, Donald Trump Jr. appeared in divorce court with his ex, Vanessa, on July 26 — and things looked quite amicable! See the pic here!

After dating for a hot minute, Donald Trump Jr. and former Fox News host Kimberly Guilfoyle are reportedly thinking about tying the knot — and we’ve got the pic of her rocking a massive diamond ring.

Kimberly Guilfoyle’s skirt didn’t want to cooperate during an outing with Donald Trump Jr. He even tried to adjust the garment for her as it rode up. See the pics!

After Peter Fonda, 78, tweeted that he wants Barron Trump to be put “in a cage with pedophiles,” the 12-year-old’s half brother Don Jr, 40, challenged the actor to a fight.

Vanessa Trump is shocked that her estranged husband, Donald Trump Jr., would move on with Kimberly Guilfoyle, someone they both know! Find out why this is making their divorce ‘messier’.