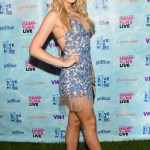 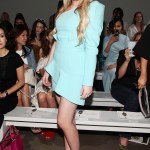 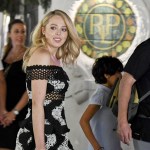 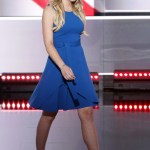 Bio:
Tiffany Trump (born October 13, 1993) was born in New York, New York and is the daughter to Donald Trump and Marla Maples. At the age of 22, she graduated from the University of Pennsylvania. Although she was born in NYC, Tiffany grew up with her mother in California. She is passionate about music and may have a career in that field. Although she is very close with her mother, Tiffany is an active supporter of her father Donald and his 2016 campaign for the President of the United States of America.

Best Known For:
Tiffany is best known for being the daughter to Donald Trump and Marla Maples.

Personal Life:
Tiffany graduated from the Ivy League School the University of Pennsylvania and has been seen at tapings of DWTS while her mother Marla was a contestant on the show. She has actively supported her father’s run for presidency and has made appearances with him on TV endorsing him as a candidate.

He’s a business scion and the heir to a billion dollar fortune. And now, Michael Boulos is a former president’s son-in-law. Learn more about Michael, Tiffany Trump’s new husband.

Tiffany Trump and her fiancé, Michael Boulos, were spotted at a soccer game on Saturday night. See photos of the couple watching the Miami CF soccer team play D.C. United.

Melania and Tiffany Trump shared sweet social media messages and memorable pics for Barron Trump in honor of his 15th birthday on Mar. 20.

Tiffany Trump’s Arab-American fiance, Michael Boulos, who she became engaged to the day before Donald Trump left the White House, comes from a wealthy family that has suffered tragedy.

Tiffany Trump’s tone-deaf post for her older brother Eric’s 37th birthday wasn’t well received on social media, with some suggesting she call him instead.