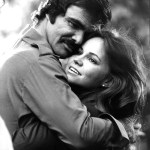 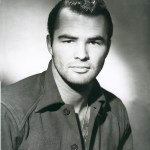 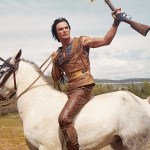 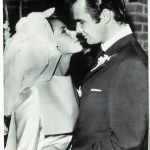 Bio:
Burt Reynolds (born Burton Leon Reynolds on February 11, 1936 in Lansing, Michigan) is an American actor and director. He started his career in the theater, making his Broadway debut in Look, We’ve Come Through. Burt got his big acting break in NBC’s Riverboat from 1959-60, and went on to make appearances in several television shows throughout the early 1960’s. His film debut was in 1961’s Angel Baby, and from there, he went on to star in some low-budget films. In 1972, Burt landed his breakout role in Deliverance, and continued as successful career in film. More recently, he’s been seen in a re-make of The Longest Yard, and a film re-make of The Dukes Of Hazzard. Burt has won two Golden Globe awards: Best Actor In A TV Series Musical Or Comedy for Evening Shade and Best Supporting Actor — Motion Picture for Boogie Nights.

Best Known For:
Burt his best known for his roles in movies like Deliverance, Boogie Nights, The Longest Yard and more.

Personal Life:
Burt has had many romantic relationship in Hollywood, with stars including Sally Field, Dinah Shore and Lucie Arnaz. He married Judy Carne in 1963, but they divorced two years later. From 1988-1993, he was married to Loni Anderson, and together they have one adopted son. Burt also dated Kate Edelman Johnson from 2003-2005. On Sept 6, 2018, Burt died after going into cardiac arrest. He was 82.

Burt Reynolds’ loved ones gathered for a private funeral in Florida to lay the actor to rest on Sept. 19. Get the details about the service here.

The death of Burt Reynolds has left his family heartbroken, but is his son in for another shock? The Hollywood icon left his only child out of his will — but there’s a good reason for that!

Is that you, Burt Reynolds? The actor, who is 82 years old, looked quite frail during a rare public sighting at JFK Airport on March 13.

Actor Burt Reynolds is opening up about a time in the ’80s in which he was plagued with rumors that he was dying of AIDS, following a dramatic weight loss. In his new memoir, he discusses the ways he fought to work through the dark period.
In the 1980s, Burt Reynolds, now 79, faced harsh speculation that he was dying of AIDS, after a dramatic weight loss. In his memoir, But Enough About Me, available Nov. 17, Burt discusses what actually caused him to lose so much weight in such a short period of time, as well as the ways in which he combatted those devastating rumors– oh, and of course, he dishes on his longtime ex, Sally Field. Watch the interview!

Bandit? Is that really you? Fans of Burt Reynolds were stunned to see the 70’s icon look so frail at a recent event. Burt’s shocking appearance had everyone concerned for the ‘Boogie Nights’ actor’s health!
Oh no! Burt Reynolds has everyone scared for his well-being! The 79-year old Hollywood icon, who gave us classic movies like Cannonball Run, Smokey and the Bandit and Sharky’s Machine, appeared unusually thin during a rare public appearance. The former sex symbol’s appearance was so startling, it left fans wondering if everything was okay!