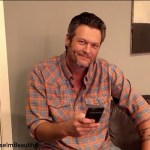 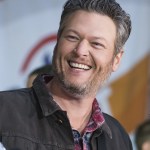 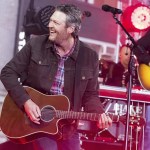 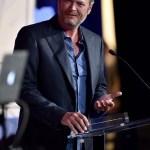 Bio:
Blake Shelton (born Blake Tollison Shelton on June 18, 1976 in Ada, Oklahoma) is an American country singer and television personality. Shelton began singing at an early age and when he was 12, he had learned how to play the guitar. At 15, he had written his first song. After graduating at 17, Blake relocated to Nashville to pursue a singing career. Blake’s big break came in 2001, when his single “Austin” was a number one Billboard Hot Country single. His album debut album was certified Gold by the RIAA. Blake’s second album, The Dreamer, was released in 2003 and it contained his signature song, “The Baby,” which debuted at No.1. From there, Blake continued to find country music success. Blake has charted 24 country singles, including 11 number one hits. His 11th #1 song, “Doing What She Likes,” broke the record for the most consecutive No. 1 singles in the Country Airplay chart’s history. In 2011, Blake joined the NBC singing competition show, The Voice as one of the original coaches. In 2019, Blake secured his sixth victory on the program.

Best Known For:
Shelton is best-known for judging on the NBC’s hit show, The Voice, and for his country hits, including “The Baby,” “The Truth About Men,” “Don’t Make Me,” “Over,” “The More I Drink,” and “Austin.”

Personal Life:
In 2003, Blake married his longtime girlfriend, Kaynette Gern. They divorced in 2006. In 2005, Blake met fellow Country singer Miranda Lambert at the CMT’s 100 Greatest Duets concert. This led to a romance after Blake’s divorce. In 2010, Blake proposed to Miranda and they were wed in 2011. As a pair, Blake and Miranda frequently collaborated, including an ACM-winning song, “Over You.” In July 2015, after nearly a decade together, Blake and Miranda announced their divorce. In Nov. 2015, he and fellow Voice judge Gwen Stefani were confirmed to be dating.

In a rare interview about her personal life, Miranda Lambert opened up about her marriage to Brendan McLoughlin, as well as how her split from Blake Shelton helped her reach her ultimate happiness.

Gwen Stefani gushed about Blake Shelton on Father’s Day, writing about how great of a stepdad he is in a new post.

The superstar couple lit candles in a church to celebrate the day with the help of Gwen’s sons and family friend Carson Daly.

The country crooner looked quite festive and a bit ridiculous as he marched down the hallway in a gigantic Easter Bunny costume.

The pop star thanked Blake for an excuse to buy a pair of cowboy boots, as she got gussied up for his big performance.