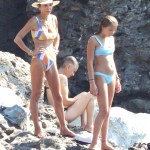 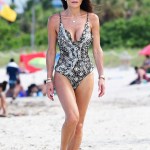 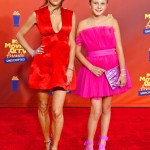 Bio:
Bethenny Frankel (born Bethenny Frankel in New York City, New York on November 4, 1970). Bethenny is an American TV personality, author, entrepreneur, and natural foods chef. Bethenny grew up in Long Island before moving to Florida. She attended the Natural Gourmet Culinary Institute in New York, New York University, and Boston University. Frankel was an original cast member on Bravo’s series The Real Housewives of New York City and in 2005, appeared on The Apprentice: Martha Stewart leading her to be one of two finalists. In 2009, Bethenny launched Skinnygirl Cocktails, which would become her main focus. In June 2010, she starred in a new reality show by Bravo, Bethenny Getting Married? which documented her engagement, wedding, and the birth of her daughter Bryn. Following the success of her spinoff reality series, Bethenny continued her own reality show franchise with Bethenny Ever After, documenting her life after wedding and baby. Bethenny also appeared on ABC’s Skating With The Stars. Her talk show Bethenny started in Sept. of 2013.

Best Known For:
Being a reality star, and creating Skinnygirl Cocktails!

Personal Life:
Bethenny’s first marriage was to entertainment industry exec Peter Sussman in 1996. The two divorced after a year. Bethenny then married Jason Hoppy on March 28, 2010. They have one daughter together — Bryn, who was born in May 2010. She and Jason separated in December 2012, and divorced in July 2016. She started dating Michael A. Cerussi, who works in finance, in January 2014, but they split in March 2015.

Bethenny Frankel says she’s too focused on her new show ‘Money Court’ and other business ventures to consider returning for RHONY’s Legacy show at this time.

Bethenny took to Instagram to be completely open about which procedures she’s had to enhance her own appearance.

On her new ‘ReWives’ podcast, Bethenny Frankel claimed she saved Sonja Morgan from being fired from the show, by starting drama between Sonja and Tinsley Mortimer.

Luann went as far to call her former co-star’s show ‘a pretty desperate scenario’ in a new interview.

Bethenny Frankel called out Kim Kardashian after the ‘KUWTK’ star was booed by fans at an NFL game on October 9.