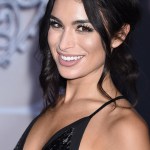 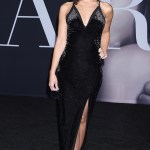 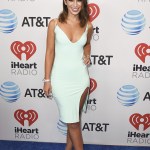 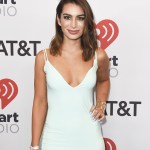 Bio:
Ashley Iaconetti (born in Great Falls, Virginia on March 6,1988) is an American reality star. She was on the 19th season of The Bachelor with Chris Soules, and even though she was cut on the fifth week, she made a lasting impression. The fan favorite, who is known for her virginity and her frequent waterworks, appeared on seasons two and three of Bachelor in Paradise. She then participated in The Bachelor Winter Games and won with hockey player Kevin Wendt, although their relationship ended a month after the finale aired. Before getting started in reality TV, Ashley obtained her masters from Syracuse University and worked as a sports reporter and freelance journalist, which she continued to do after leaving television by producing content for Cosmopolitan, Clevver and Jets Insider.

Best Known For:
Ashley is best known for being a contestant on Chris Soules‘ season of The Bachelor, Bachelor in Paradise and The Bachelor Winter Games.

Personal Life:
Ashley is close with her sister, Lauren Iaconetti, and even brought her along the first time she appeared on Bachelor in Paradise. As a Bachelor alum, all of Ashley’s recent relationships have been very public – and her crushes as well. She was well-known for having a crush on Jared Haibon of The Bachelorette season 11, although he consistently denied her advances and wished to remain friends. But after three years, Jared and Ashley shocked Bachelor Nation when they announced that they were dating in May 2018.

A new Bachelor Nation baby has arrived! Ashley Iaconetti and Jared Haibon welcomed their baby boy Dawson into the world.

When it came to naming their baby boy, it wasn’t much of a discussion for Ashley Iaconetti & Jared Haibon! They spoke to HL about how they came up with Dawson Demitri!

A new baby in ‘Bachelor’ Nation! Ashley Iaconetti and Jared Haibon announced that they are expecting their first child together. Learn more here!

‘Bachelor in Paradise’ stars Ashley Iaconetti and Jared Haibon reflected on what one year of marriage means to the both of them in touching Instagram posts.