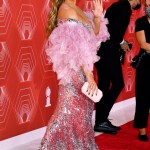 After Chrissy Teigen shared a glammed-up photo to Instagram, her fans flooded the comments and accused the model of looking similar to fellow A-list star Khloe Kardashian.

Fans of Chrissy Teigen think she’s resembling Khloe Kardashian these days. This latest Hollywood comparison ensued when Chrissy, 36, showed off her glam transformation via Instagram on Monday, January 3. The cookbook author had her hair lightened and cut by hairstylist Luke Pluckrose, while her striking makeup was done by Nikki Wolff. Chrissy’s glammed-up look caught the attention of her fans, who made it clear that, according to them, Chrissy had officially become a look-a-like version of Khloe, 37.

“I thought this was Khloe Kardashian,” one follower wrote, on Chrissy’s post. Another said, “Anyone else thought she was khloe at first glance?” A different fan made a joke about how Khloe is frequently accused of using filters on her Instagram photos and videos. “Is this the Khloe Kardashian filter?” that fan commented. Pretty much all of the comments about Chrissy’s resemblance to Khloe racked up hundreds of likes. Some even got thousands!

While fans zoned in on the Khloe look-a-like situation, Chrissy’s famous friends gave the mother-of-two sweet compliments. Actress Yvette Nicole Brown told Chrissy, “Looking gorgeous, friend!”, while Queer Eye star Tan France said, “You look so good.” Chrissy showed off her glammed-up look, including her new set of eyebrows, in a follow-up video on Instagram. Under that post, Chrissy called out the people emphasizing on her new look. “I have one new makeup artist for a week and you all think I got surgery when I literally post every day all day,” she wrote. 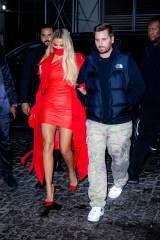 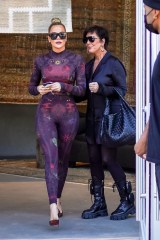 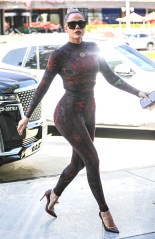 While Chrissy insisted she didn’t get surgery, she has undergone some beauty changes recently. She got eyebrow transplants back in November, after she underwent surgery for breast implant removal in 2020. The model — who shares children Luna, 5, and Miles, 3, with husband John Legend  — previously told Glamour that she got the implants at the age of 20 for her modeling career.

Meanwhile, Khloe has been criticized for years by fans who claim her face has “changed drastically” since she first came into the spotlight. At the Keeping Up With the Kardashians reunion, which aired in June 2021 and was hosted by Andy Cohen, Khloe insisted that she’s only had “one nose job” in her life. The reality star also admitted to having “injections” in her face, but said she doesn’t really ever get Botox due to previously “responding horribly” to it.