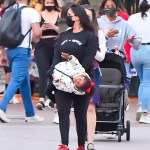 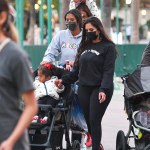 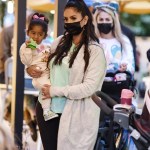 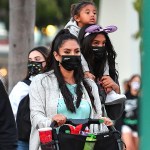 Vanessa Bryant is on the trip of a lifetime! The wife of the late Kobe Bryant has shared an adorable snap of her and youngest daughter Capri.

Vanessa Bryant, 39, and her youngest daughter Capri, 2, have such a special bond! The Mamba & Mambacita Sports Foundation co-founder shared an adorable photo of herself and her “Koko Beanor a ” to Instagram from their Parisian getaway on Saturday, Aug. 14. In the photo, the mother-daughter duo appeared to stop for a break at an outdoor café. Little Capri looked totally zonked out as she snuggled up to her mom with her eyes closed.

“Just because… it’s my baby and me. Koko Bean in Cafe Paris,” Vanessa captioned the sweet photo. The mom-of-four looked absolutely gorgeous in an off-the-shoulder beige polka dot ensemble, allowing her glowing skin to peek through. Her makeup, accented by a rouge colored lip stain, looked absolutely flawless in the natural sunlight as she candidly looked ahead. She finished the look with a chunky hold goop earring, channeling the late ’80s and early ’90s.

Vanessa, along with eldest daughter Natalia, 18, and Bianka, 4, have been exploring Europe for the last few weeks. The foursome initially visited Italy, which is a special place for the Bryant family: the late Kobe Bryant lived in the country for a number of years when his dad Joe “Jellybean” Bryant coached and played. Kobe got his start in basketball in the town of Reggio Emilia, which about an about an hour from Bologna in northern Italy. Due to his many years in the country, Kobe was fluent in Italian — paying homage to his time in the country via his daughter’s names Natalia, Bianka, Capri and the late Gianna, who sadly passed away in the same helicopter crash.

The family also made a visit to ritzy Capri, which is the beachside town that the youngest Bryant daughter is named for. Vanessa’s three daughters looked so adorable in matching lemon print dresses as they posed for a photo on the vacation on Aug. 6. Vanessa also recreated an iconic photo of Natalia and Gianna in matching dresses from back in the day, having Bianka and Capri pay tribute to their late big sister with the except same pose. 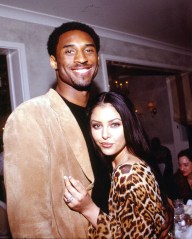 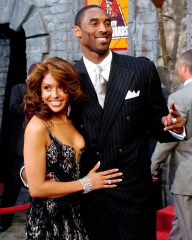 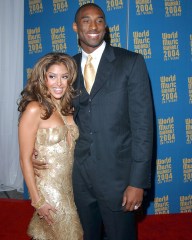