Patrick Mahomes is such a proud girl dad! The Super Bowl champ was all smiles in a new photo posted by his fiance Brittany Matthews, 25, which showed him cradling their newborn baby girl, Sterling Skye. “Ster is 1 Month,” Brittany captioned the pic. Patrick, who donned a white polo, beige trousers and a gold watch, looked lovingly at his little girl. “So cute!! She looks like she’s cheering him on,” one fan commented, noting that Sterling had one arm fist pumping in the air, as she rocked a pink bow on her head. 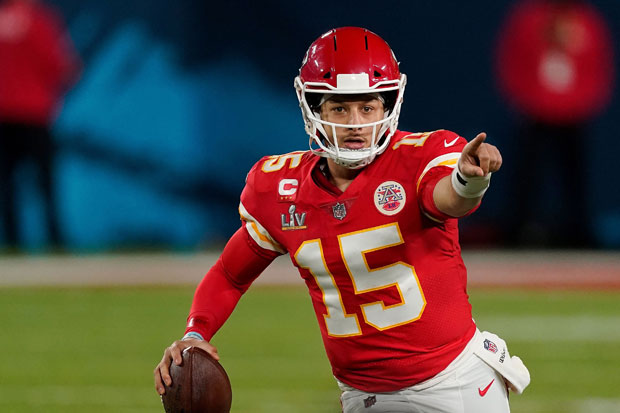 “omg! my heart literally just melted! he is the best dad in the world,” another follower wrote in the comments section. The adorable couple welcomed their first child in February, and announced the arrival of their new little girl with a cute photo. It showed Brittany wearing a “Sterling” necklace and the tot’s tiny hand grasped onto Patrick’s finger as the new mom held her hand over the Kansas City Chiefs quarterback’s. “Sterling Skye Mahomes 2/20/21 6lbs 11oz,” Brittany wrote alongside the precious photo.

Just weeks before welcoming their bundle of joy, a source close to the Super Bowl LIV MVP and his fitness trainer fiancée spoke to HollywoodLife exclusively about how he was feeling. “Patrick is a little nervous but very excited to become a father,” the insider dished. “He chats with other QBs in the league like Russ [Wilson] and takes all their advice.” 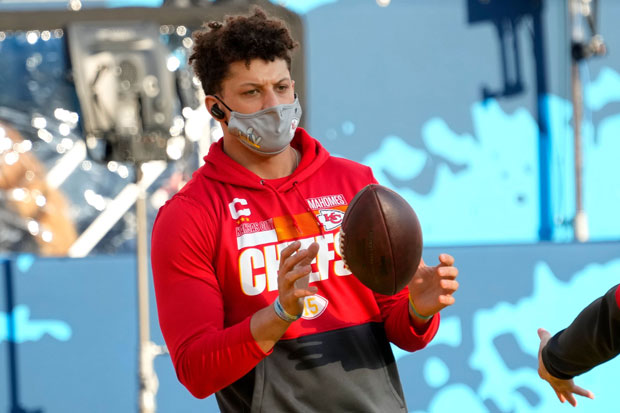 The source explained that Patrick’s sights were very much set on another Super Bowl championship, however he’s equally as excited about his new role as a dad. “He is very happy to be chasing another NFL championship and playing football, but Brittany is the love of his life,” the source told HL. “His life is so blessed right now [with an] amazing family and career and obviously that insane contract he signed. Patrick can’t wait to see Brittany as a mother. He knows that she will be the greatest mom ever. It has been a long time coming.”